For many mobile marketers, uninstalls are like the plague: they’re often perceived as a sign of failure.

Perhaps you weren’t able to engage the user before they decided to go. Or maybe the users weren’t satisfied by the UX. There could be a variety of reasons why users uninstall apps, but don’t let it lead to thoughts of doom and gloom. Because frankly, it’s part and parcel of a mobile marketer’s work.

And in many cases, an uninstall doesn’t mean you’ve permanently lost a user.

Below, we’ll tackle why this is so.

We all know there’s a booming mobile app market globally. There are about 5.5 billion smartphones. And in 2018, these devices accounted for close to 200 billion app downloads – a 9% increase from the year before.01 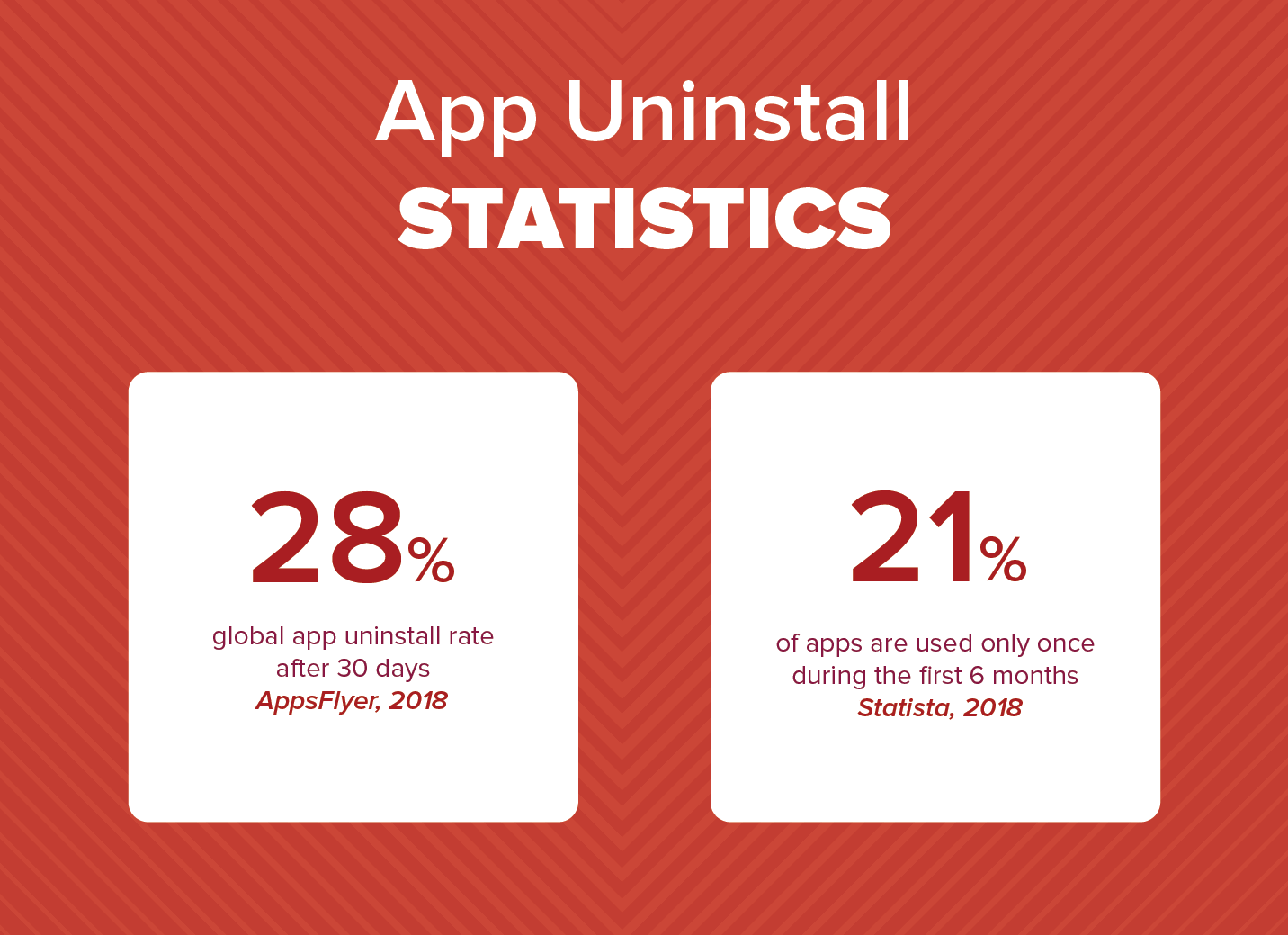 Accompanying those downloads however are the uninstalls. Globally, the mobile app uninstall rate after 30 days is 28%.02

That app uninstall rate means almost 3 in every 10 apps will be deleted from users’ devices within a month.

Another sobering statistic: 21% of apps are used only once during the first 6 months.03

This simply shows how crucial it is to prove the value of your app within the first few days.

Why Do They Uninstall?

When your users uninstall, they’re typically giving you a signal that they’re dissatisfied due to:

According to CIO, 96% of mobile users say app performance – factors such as speed and responsiveness – matters greatly when deciding whether to keep or uninstall an app.

And according to Google, taking up too much phone memory is the #1 app-related issue that leads users to uninstall.

Except sometimes, an uninstall doesn’t necessarily mean users are dissatisfied or find no value in your product.

Uninstalls May Be Temporary for Many Apps

Depending on your industry and your app category, an uninstall may simply be a temporary hiatus for your user.

With our own customers, we’ve seen it happen in travel and navigation apps. After all, these types of apps are valuable for users at very specific times — only when they’re planning to travel, or are already traveling. When they don’t need to book plane tickets, or hail an Uber, or navigate a circuitous route to the top rides at a theme park, they may uninstall your app and simply reinstall upon the next vacation.

Another such category where our customers see a lot of reinstalls is OTT and media/entertainment. Here, apps may be uninstalled and reinstalled only when something new (and seasonal) arrives – think of a new batch of Korean drama episodes, or a sports season coming around.

A surprising category here is productivity apps. A study conducted by Tune found that 75.7% of all installs are reinstalls when it comes to productivity apps.04 This is the largest number among all app categories. Possibly due to the short-lived nature of many self-improvement efforts. (Anyone still doing their New Year’s resolutions?)

That same study found that social media and dating apps have the second highest percentage: 66.78% of all installs in this category are reinstalls. Chalk it up to the need for users to clear their heads after too many political status updates… or some really awful romantic encounters. But then users reinstall the app once the hiatus is over or when they feel a pressing need to “get social.”

Gaming apps are one more category with lots of reinstalls. Apparently, games are reinstalled 55% more frequently than other types of apps.05 It’s easy to get addicted to a casual gaming app and then grow so tired of it, you uninstall – only to return when you feel the need to disintegrate more alien spaceships.

There are many more. That study by Tune from November 2017 to May 2018 posits that reinstalls make up almost 30% of all app downloads in North America. Which is a huge number.

How to Deal with Uninstalls (and Reinstalls)

So what do you do about your uninstalls? What concrete steps can you take to get users back into the fold?

Like any other mobile marketing metric, the first strategy for dealing with uninstalls is to track them. Uninstall tracking on a daily basis allows you to identify the areas in your app where friction happens and the uninstalls begin. This process helps you figure out where, when, and why an uninstall occurs so whatever issues in the UX or in-app performance can be fixed.

You have such a limited window to make an impact before a user may uninstall. Which means: as early as possible, you need to encourage users to connect with you on multiple channels – email, SMS, social media logins. This way, in case of an uninstall, you can still communicate with them (according to proper privacy laws, naturally) and woo them back.

Win Back Those Who Leave (or are Inactive)

A user who uninstalled your app might not always reinstall your app on their own. You will have to persuade them it’s in their best interests to do so. This is called a win-back campaign.

What this does is automatically trigger an email when a user uninstalls (or is inactive for a set amount of time). In it, you use your immense mobile marketing skills to do one (or all) of the following:

But as they say, the best medicine is prevention.

Uninstalls can be prevented by building up an effective retention strategy – a topic which we’ve written extensively about:

As a mobile marketer, you have precious little time to demonstrate the value of your app to a user before they make the decision to keep or uninstall. But even if they do delete your app, rest assured that an uninstall isn’t forever. They can be brought back with the right combo of an effective message and an irresistible offer.

For hands-on strategies on keeping those uninstalls at bay, download our 15-page guide on How to Spot App Uninstalls from a Distance. 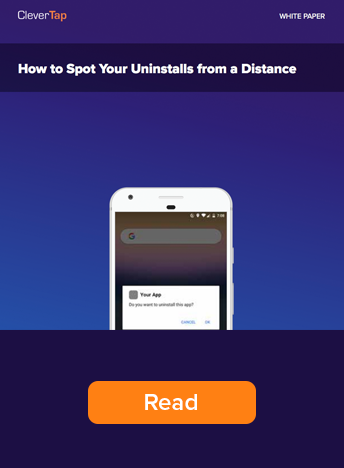 How to Spot Your App Uninstalls From a Distance

Learn to identify the tell-tale signs of uninstalls long before they happen — and how to keep more users from churning.