Avengers: Endgame has officially broken all box office records across the world, with massive crowds in theaters and sold-out shows.

In India, the film received the highest grossing opening weekend for a Hollywood film thus far, with movie screenings that spanned all 24 hours to meet the demand – something that was unheard of till now.

While this isn’t unexpected, the release of the latest installment of the Avengers series is a culmination of over three months of carefully orchestrated marketing campaigns that leveraged the latest in technology and used innovative ways of capturing consumer intent – making each message relevant, timely, and highly personalized.

While the advance sale of tickets was record-breaking, what made it all come together was a well-thought-out strategy built on marketing automation powered by CleverTap. 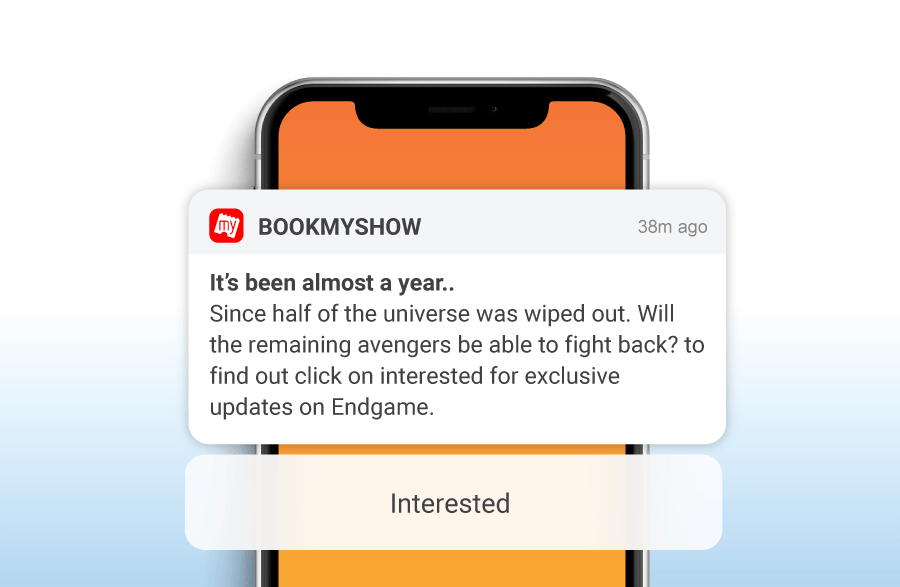 CleverTap’s triggered campaigns helped them orchestrate contextual campaigns which built anticipation among Avengers Endgame fans all throughout the pre-release and post-release phase by sharing relevant visual and written content on the app and website including blog-posts among others.

The first set of tickets that went on sale saw them achieving a record of sorts, with over 1 million tickets sold in just a day – almost a week before the release!

On analyzing the engagement, they realized they were on to something: the click-through rate (CTR) for this campaign was 5x higher than the industry average.

By using Enhanced Push Delivery to improve the reach of these push notifications, BookMyShow was able to reach more users, and influence higher conversions.

Avengers: Endgame, due to its universal appeal, gave BookMyShow the perfect opportunity to get users to keep coming back to the app – with special offers and promo codes for those users who had shown a preference for English content, or genres such as action, adventure, and fantasy in the past.

CleverTap’s segmentation engine helped identify the target users for BookMyShow’s re-engagement efforts so as to enhance the efficacy of these activities undertaken. And this wasn’t just restricted to push notifications or emails, but Google and Facebook as well.

BookMyShow executed a truly omnichannel marketing campaign, which saw over 5 million tickets being sold within a week.

While the end goal of every business is to drive more transactions, BookMyShow gives equal importance to the post-purchase customer experience.

Using CleverTap’s date/time features, BookMyShow established a continuous line of pre-movie engagement activity with customers who had purchased tickets from a few hours prior to the movie’s start time.

They also triggered automated campaigns that lasted even after the movie was over to keep the buzz alive with CleverTap’s automation features. Identifying that Marvel Cinematic Universe (MCU) fans love discussing the subtle nuances of the franchise’s movies and the future of their favorite characters, BookMyShow kept the momentum going. Familiar, relevant and quirky content was designed and shared with users who had already watched the movie to keep user engagement high, and give customers more reasons to watch the movie again. 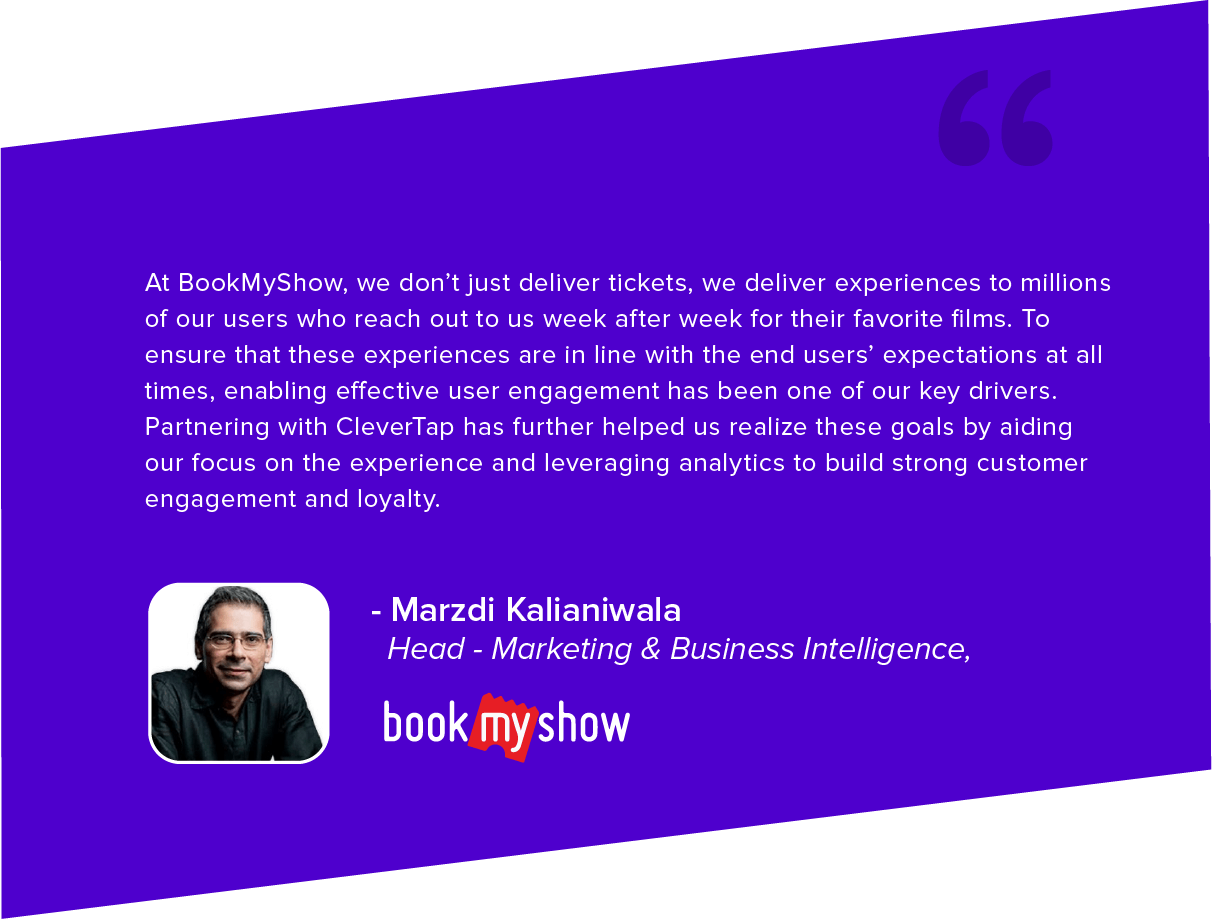 For Marketers, It’s Not the Endgame Yet!

While it might be the end of the road for the current installment of the Avengers movies, BookMyShow’s strategy for the movie release proves that marketers can use their very own infinity stones to retain and delight users for life. 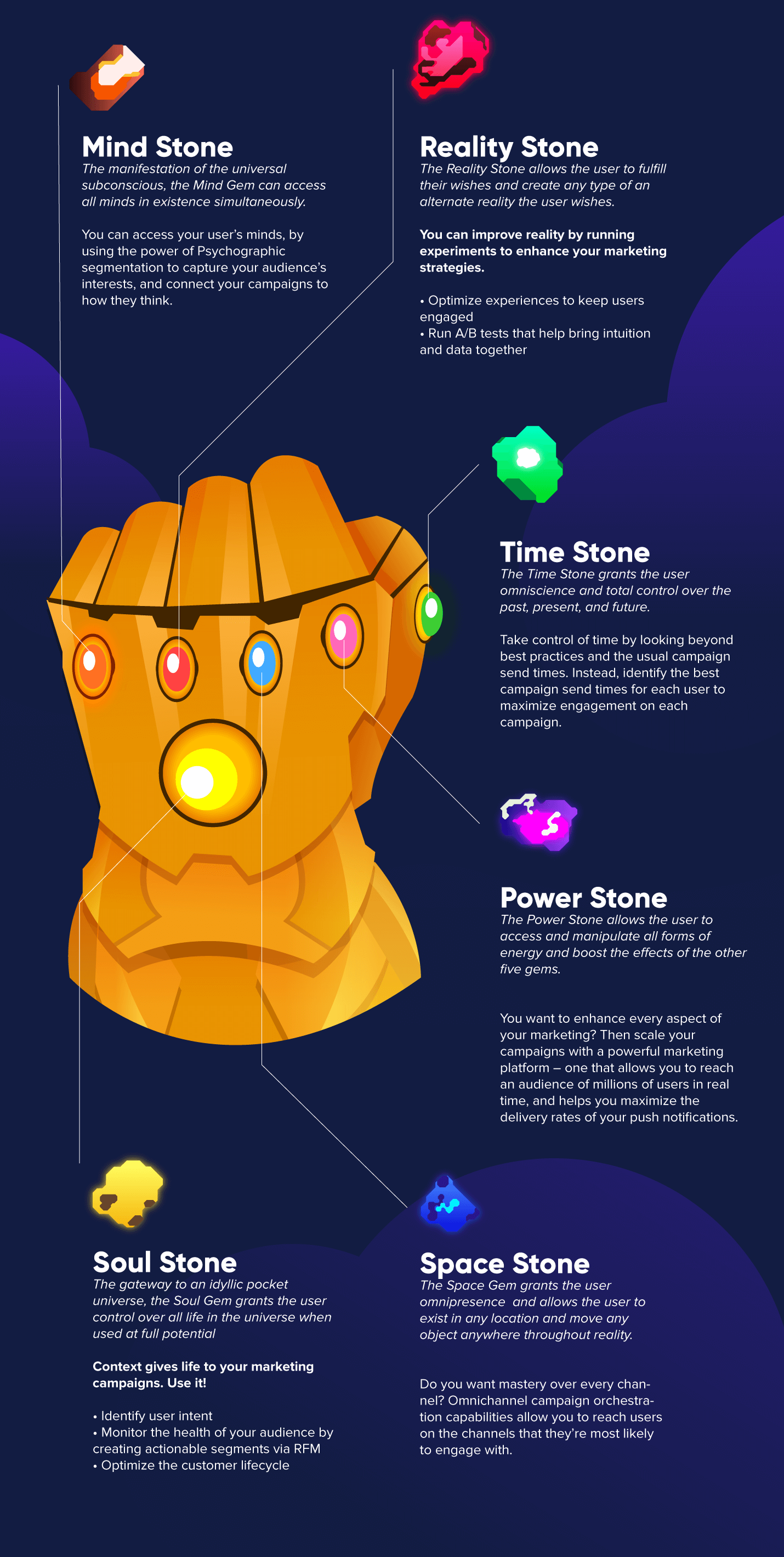