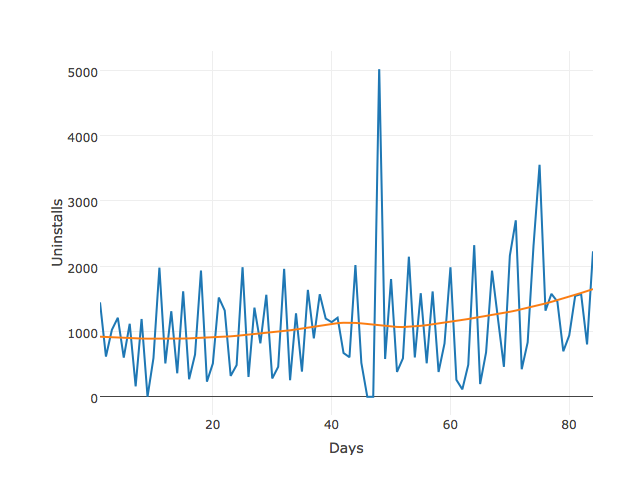 The above graph captures the essence of a slight uptrend over the course of 12 weeks but leaves out further details of what’s happening during each of those weeks or weekdays. 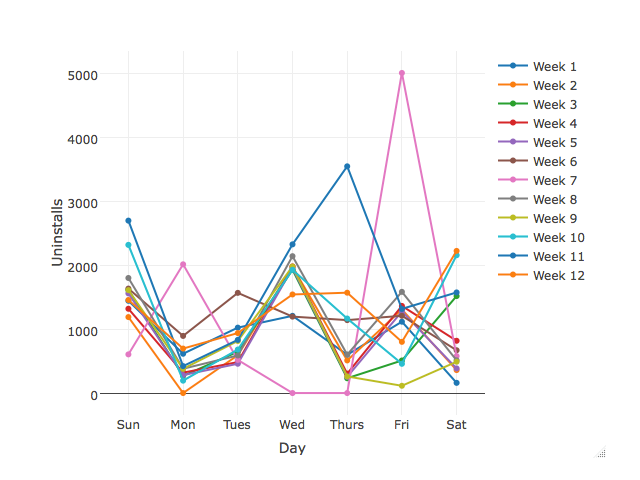 Each line in the graph represents the time series for each week. Friday has the highest rate of uninstalls which peaks in week 7. Monday, Wednesday, and Thursday have zero uninstalls during each of the 12 weeks which makes it difficult to determine a trend over this period.

A cycle plot shows both the cycle or trend and the day-of-the-week or the month-of-the-year effect. This retains the strength of both the above plots. Let’s look at the trend for each day of the week over the same period: 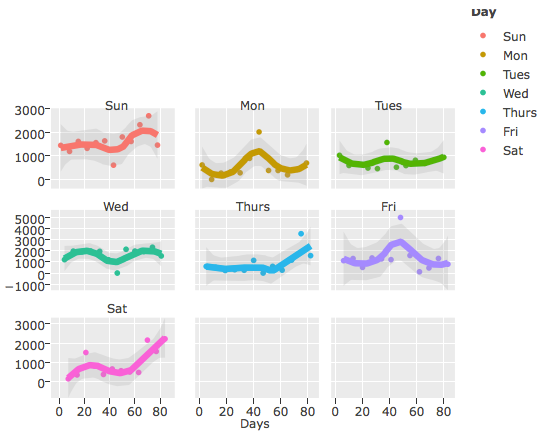 It can thus be concluded with the above example that cycle plots can be regarded as a useful tool for visualizing time series data.