How to treat missing values in your data : Part I 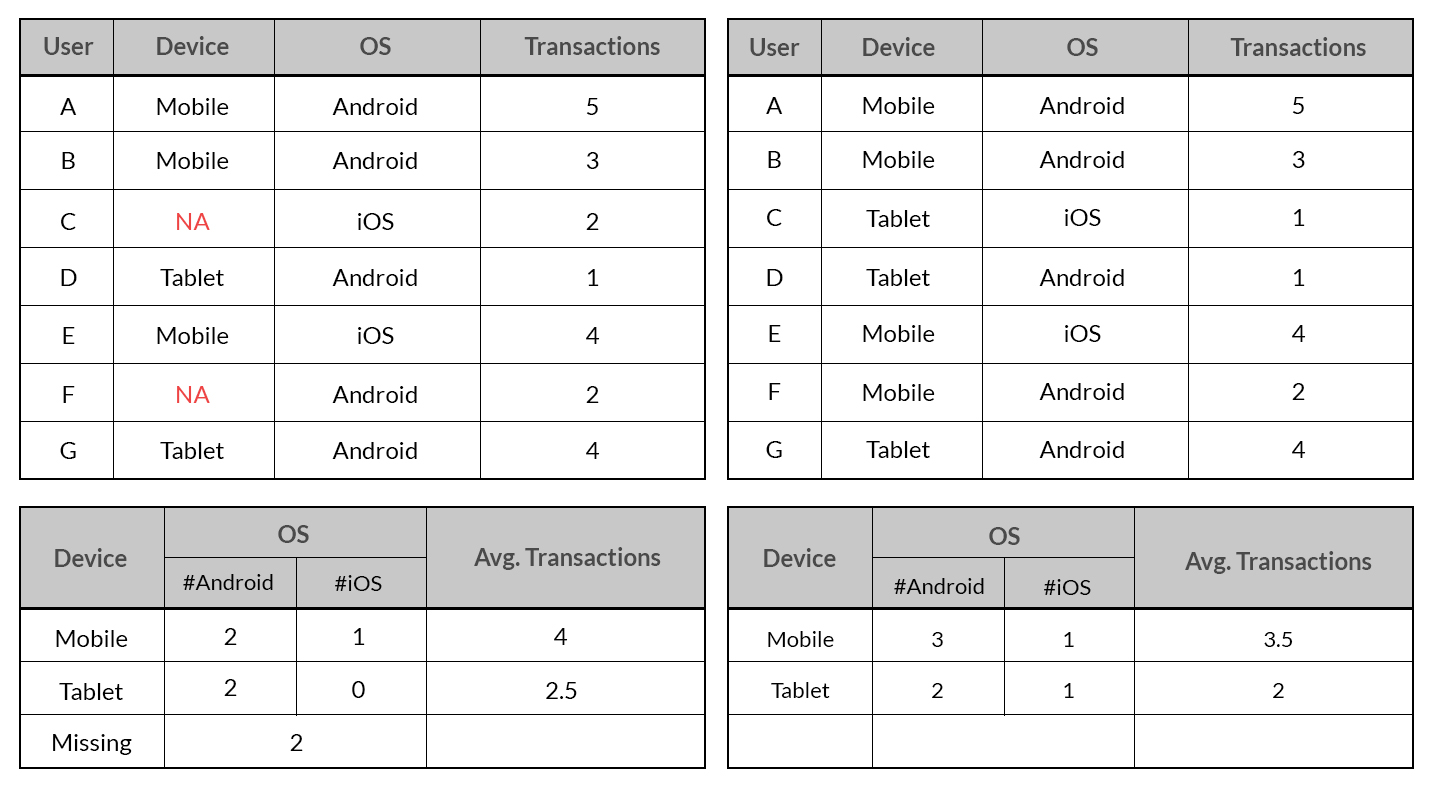 The best scenario is to get the actual value that was missing by going back to the Data Extraction & Collection stage and correcting possible errors during these stages. Generally, that won’t be the case and you will still be left with missing values.

Let’s look at some techniques to treat the missing values:

I. Deletion
Unless the nature of missing data is ‘Missing completely at random’, the best avoidable method in many cases is deletion.

a. Listwise: In this case, rows containing missing variables are deleted.

In the above case, the entire observation for User A and User C will be ignored for listwise deletion

b. Pairwise: In this case, only the missing observations are ignored and analysis is done  on  variables present.

Both the above methods suffer from loss of information. Listwise deletion suffers the maximum information loss compared to Pairwise deletion. But, the problem with pairwise deletion is that even though it takes the available cases, one can’t compare analyses because the sample is different every time.

Mean, median and mode are the most popular averaging techniques, which are used to infer missing values. Approaches ranging from global average for the variable to averages based on groups are usually considered.

For example: if you are inferring missing value for Revenue, you might assign the average defined by mean, median or mode to such missing value. You could also consider taking into account some other variables such as Gender of the User and/or the Device OS to calculate such an average to be assigned to the missing values.

The above table shows the difference in imputed missing values of Revenue arrived by taking its global mean and mean based on which OS platform it belongs to.