Watching the users watch IPL – Through the CleverTap lens

Cricket is a religion for most people in India and Indian Premier League (IPL) is one of the major festivals in the country. This year marked the 10th anniversary of IPL and for the first time, it was decided to host not just one, but 8 opening ceremonies. With such grandiose celebrations planned way before in advance, IPL was bound to attract and engage a colossal number of followers, thereby affecting other businesses during its time. To top it, the Mumbai Indians victory in the final match by just 1 run was a great climax to this biggest Indian sporting event of the year.

Events such as IPL provide an excellent opportunity for businesses to engage current customers as well as acquire new ones. Many businesses do this by sending reminders about matches, discount offers, match updates and much more. Inherently, these are examples of business opportunities that are personalized and contextual to the core.

We did an analysis of our customers over the entire IPL time-frame and have come up with very interesting stats on how this sporting event influenced thousands of marketing decisions that helped drive better conversions and revenues across our customer base.

How businesses prepared for this big event
Many clients used the CleverTap feature of creating and scheduling the campaigns in advance, especially for the weekends. They set up a time or an event trigger to execute them – thereby using marketing basics around personalization and contextualization to a T. Out of the total 700 campaigns, 100 campaigns were scheduled in advance and had the highest CTRs. The sweet spot was found to be 24 hours in advance.

How IPL affected various businesses
We also analyzed what businesses were affected favorably or adversely during the most interesting match – the Finals.

Our partner in crime
A big shoutout to AWS for providing us with a robust and scalable infrastructure that helped us help our customers. On May 21st, we saw our traffic surge by 700% and we handled that without blinking an eye. Want to know how we do this? Read our case study on AWS or reach out to us to learn more. 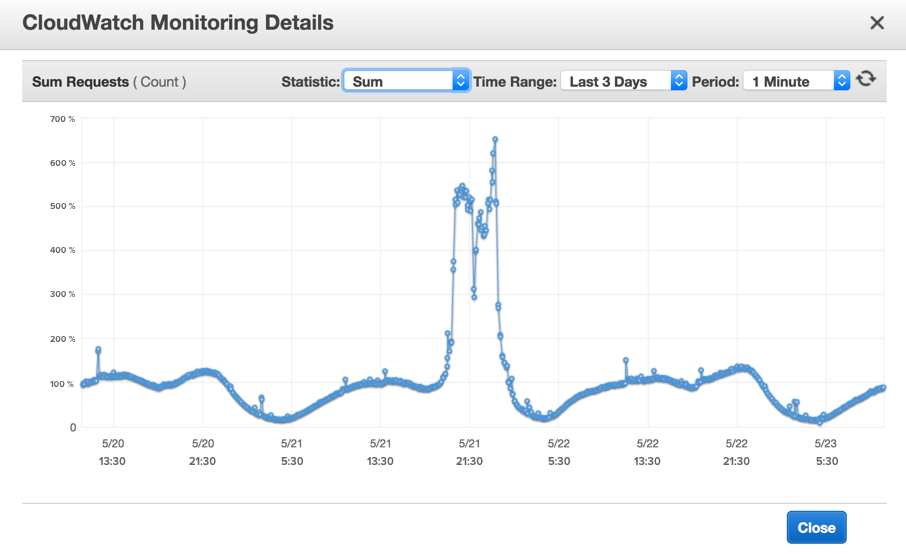 What IPL teaches businesses
Thanks to IPL, this month marked the highest notifications sent by CleverTap. Events of this scale can be a boon or a bane – depending on how marketers plan and execute on their strategies for targeting and monetizing their customers. Need help? Read our article on 7 Key Tips For Your Push Notification Strategy to learn more.