Q1 Data: The Impact of COVID-19 on Daily App Usage

In just weeks, the coronavirus pandemic has impacted daily life on an unprecedented scale. It has transformed the global economic landscape, social behaviors, and consumer habits.

2.9 billion people — one-third of the global population — are currently under lockdown orders.* And according to the UN, 81% of the world’s workforce has had their workplace fully or partly closed because of the outbreak.*

The sheer scale of disruption is difficult to quantify, and the effects of the pandemic, both immediate and long-term, are still playing out. Amid all the uncertainty, however, one thing is clear: businesses are under a great deal of stress as consumers shelter in place and tighten their wallets.

So what is the fallout for mobile businesses?

Our data science team analyzed and identified mobile engagement trends from the past three months to help marketers understand what kind of growth to expect in the context of the COVID-19 crisis.

A note on methodology: This data is based on an analysis of over 250 apps with an average of 30,000 DAUs. The percent change is in comparison to DAUs 15 days prior.

Which Apps Are Seeing Higher Engagement?

March 17 marks the date when many governments across the globe began to initiate lockdown orders, with 15 countries having some degree of shelter-in-place mandated by that date. By March 31, the number of countries on lockdown had nearly doubled to 29. The impact of these government lockdowns on app engagement is apparent in the dramatic spikes that start in mid-March.

Given widespread shelter-in-place orders, it’s no surprise that users are turning to apps that keep them either entertained or connected to essential services.

Which Apps Are Seeing Drops in Engagement? 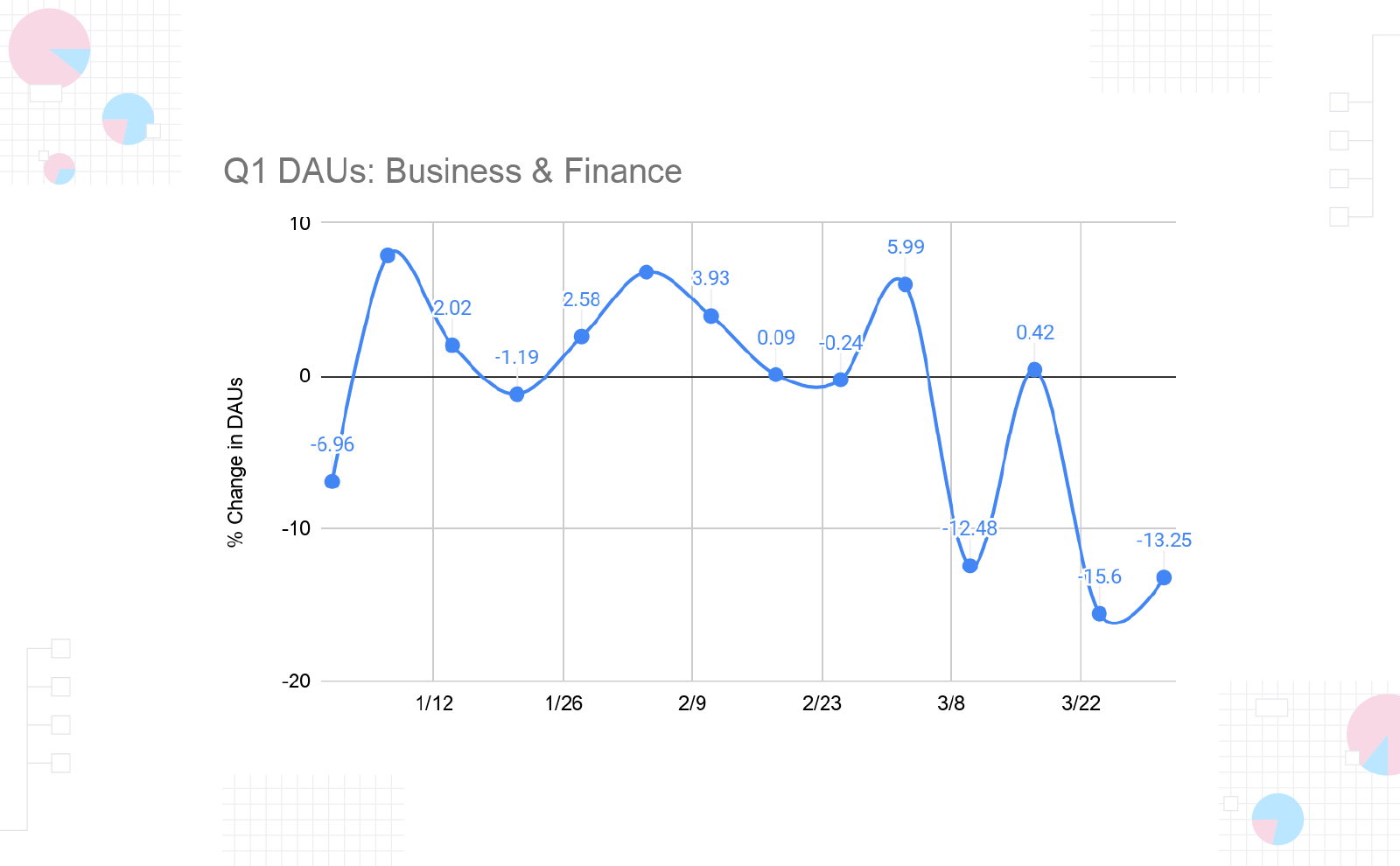 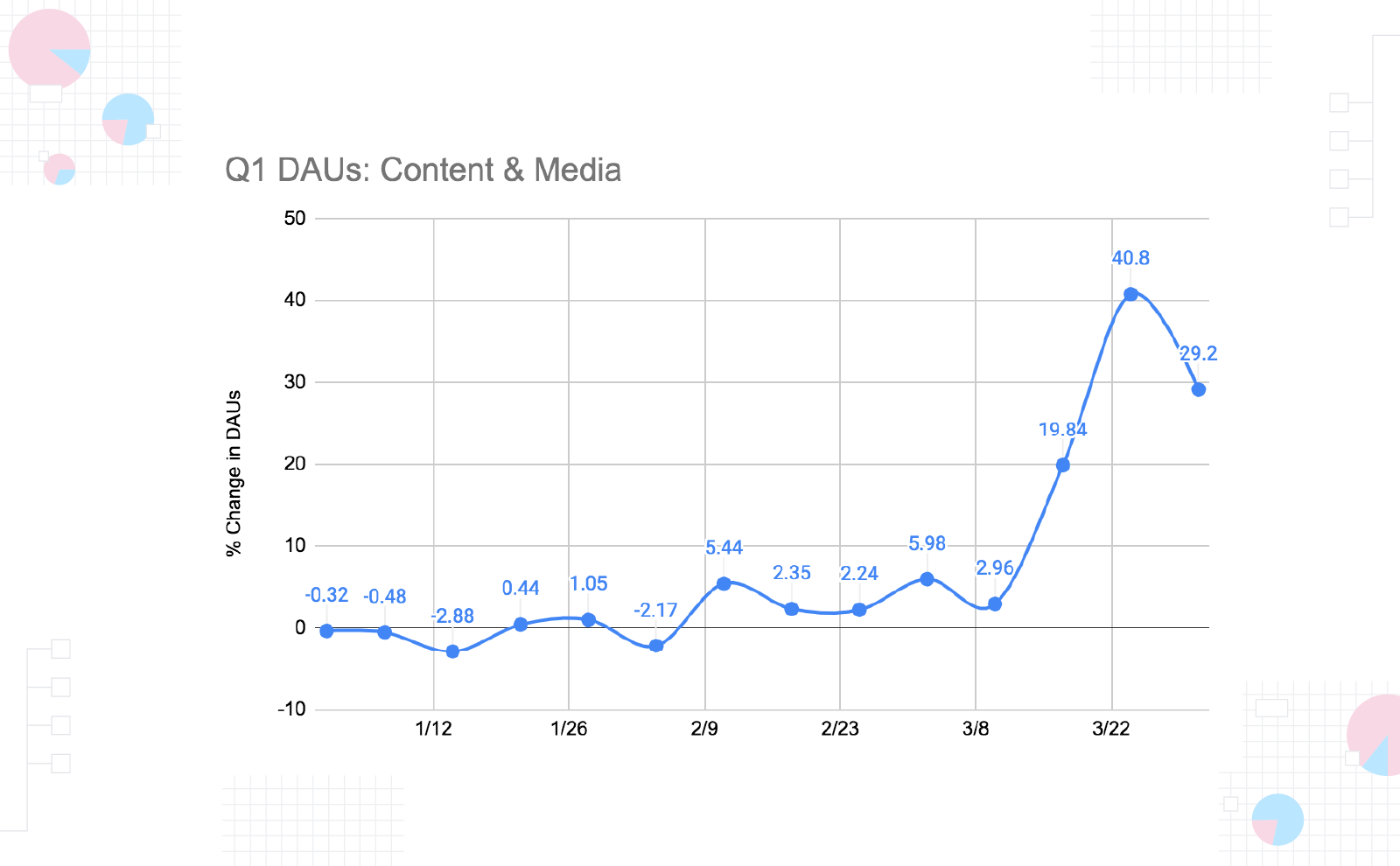 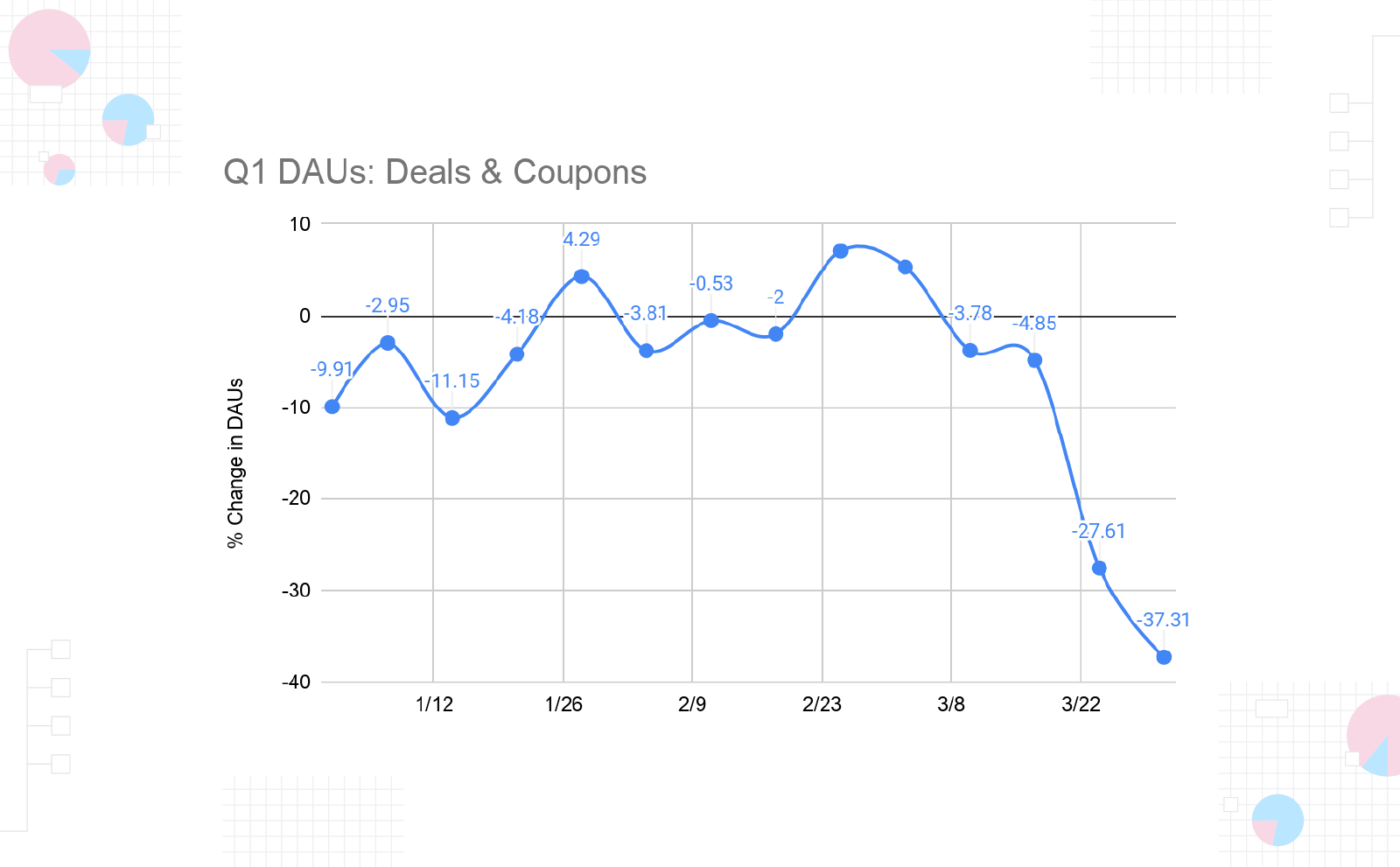 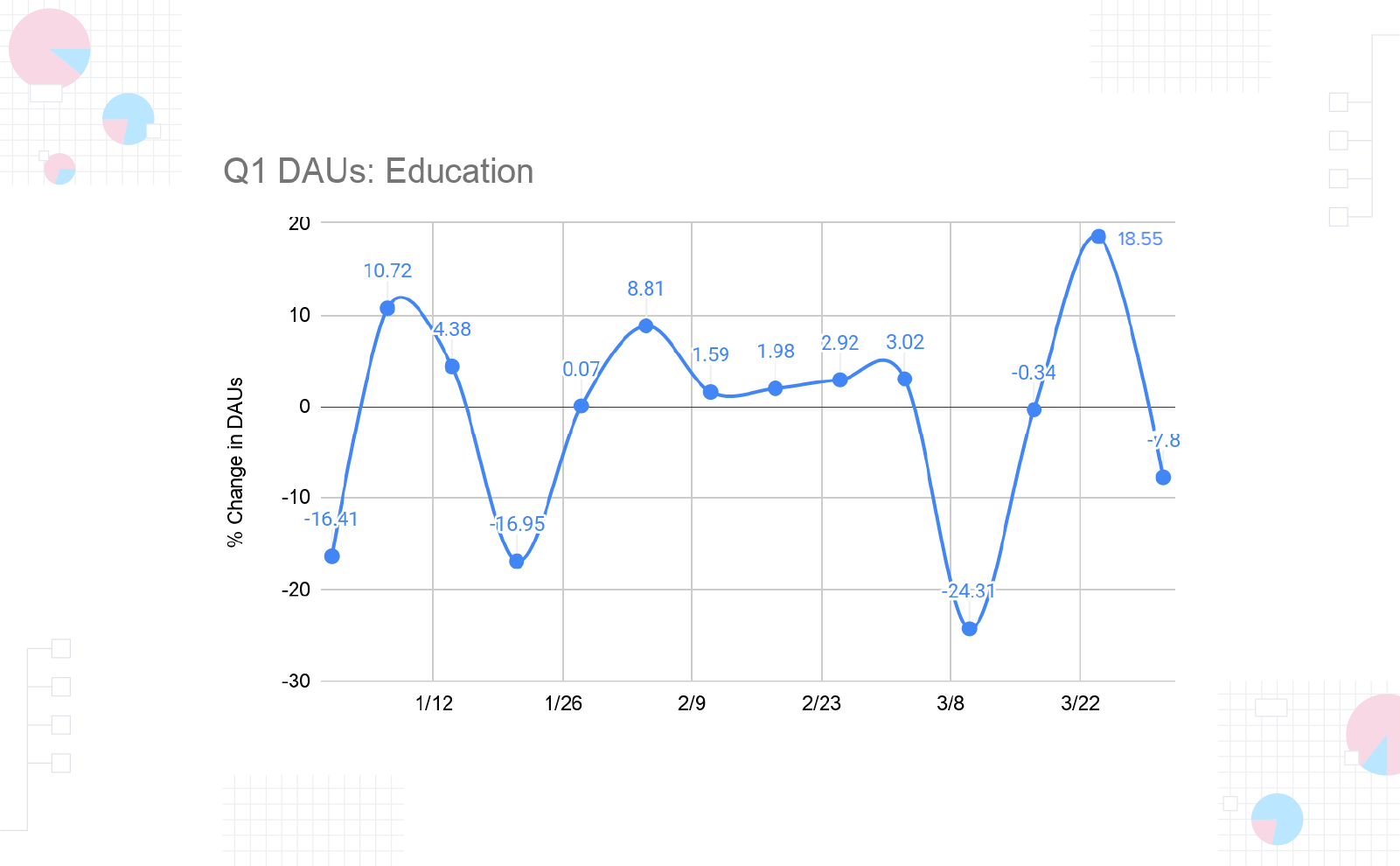 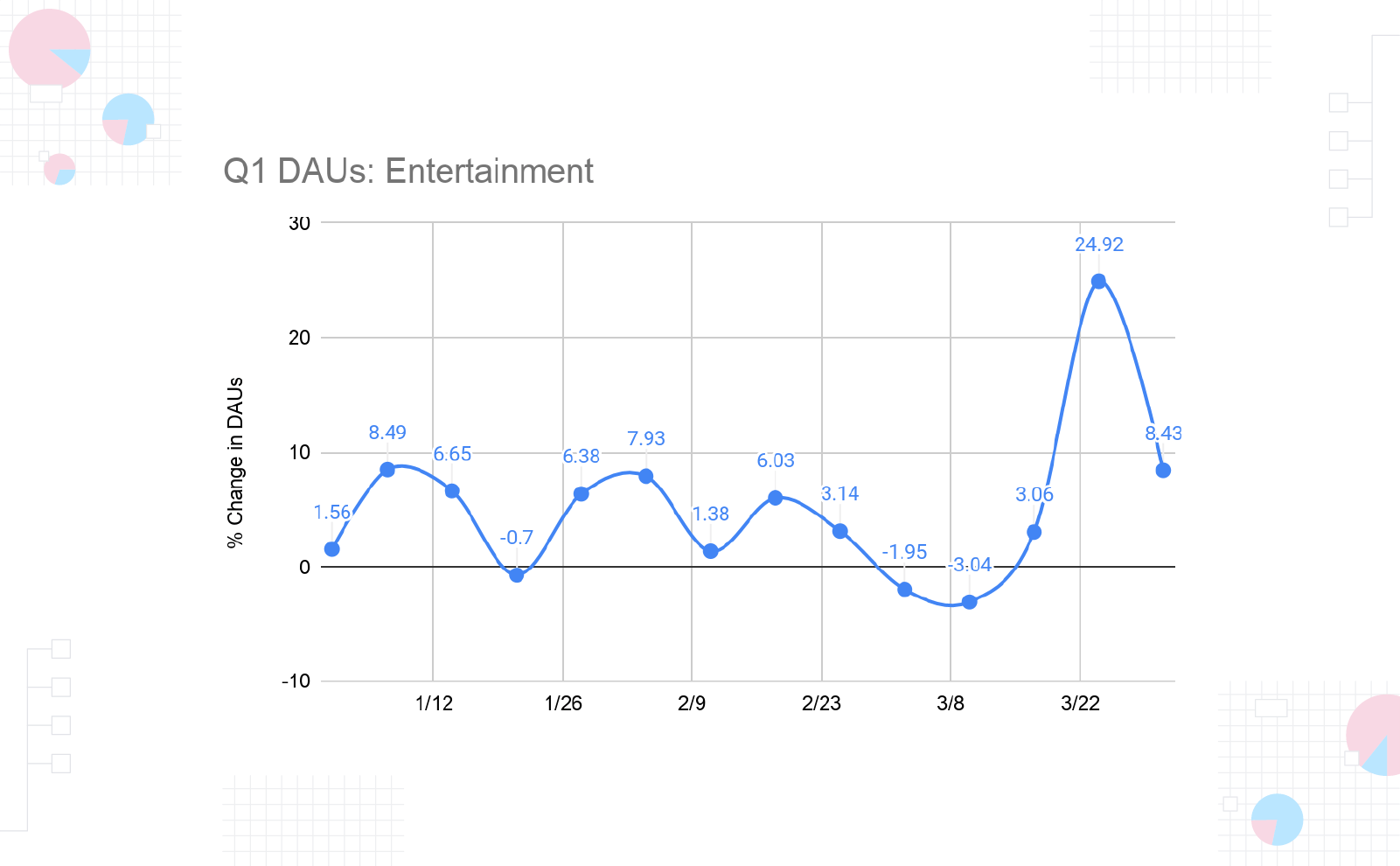 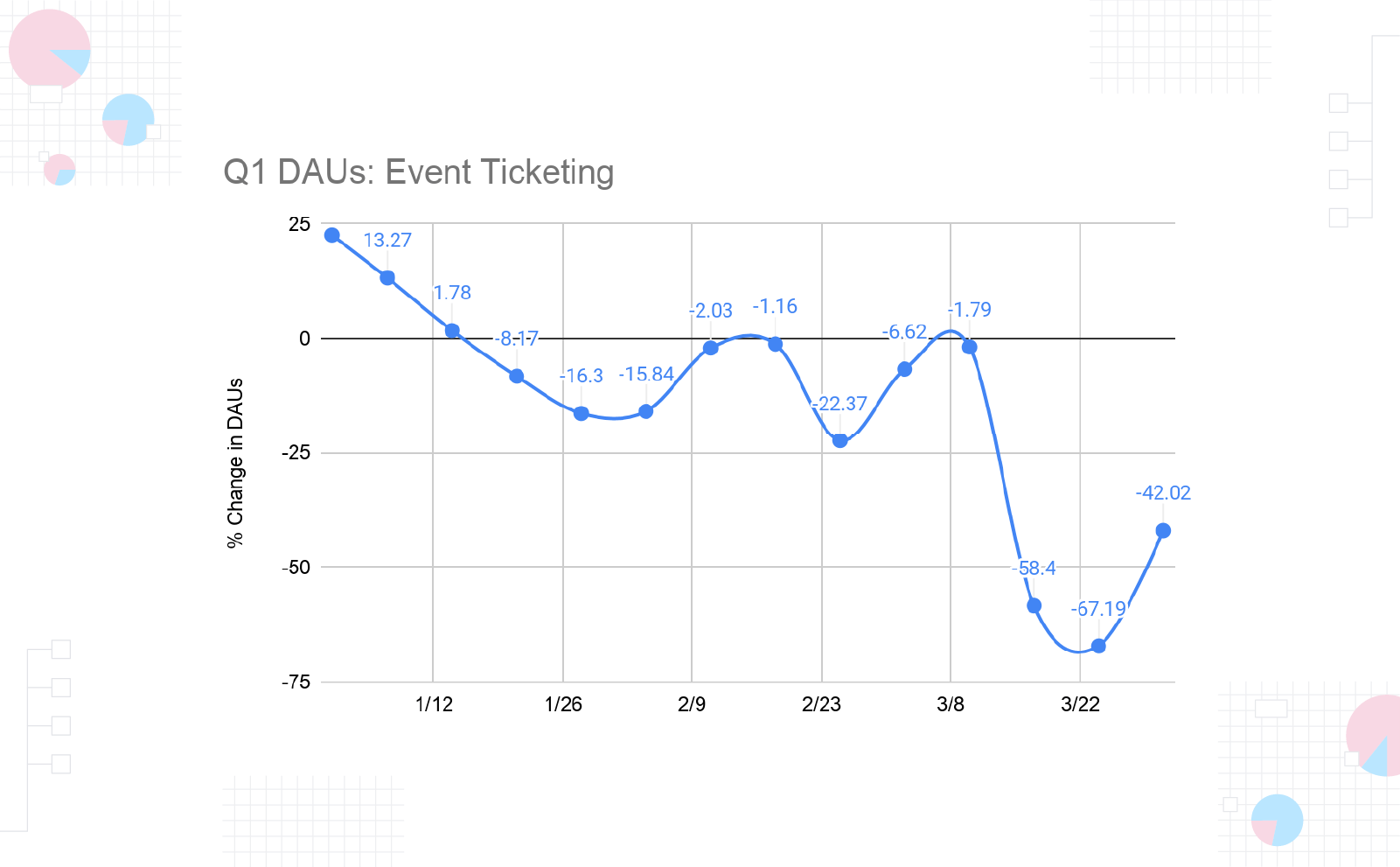 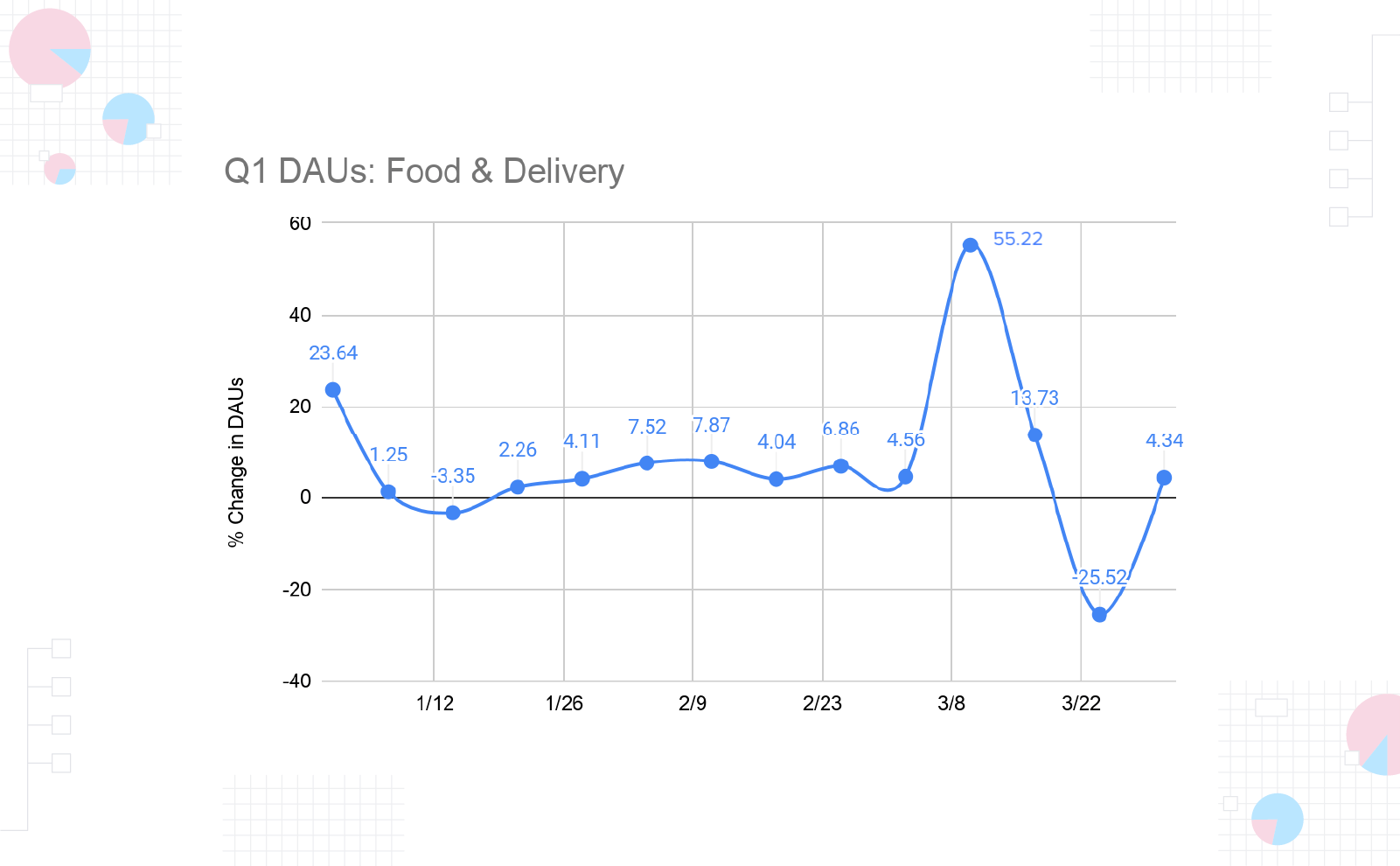 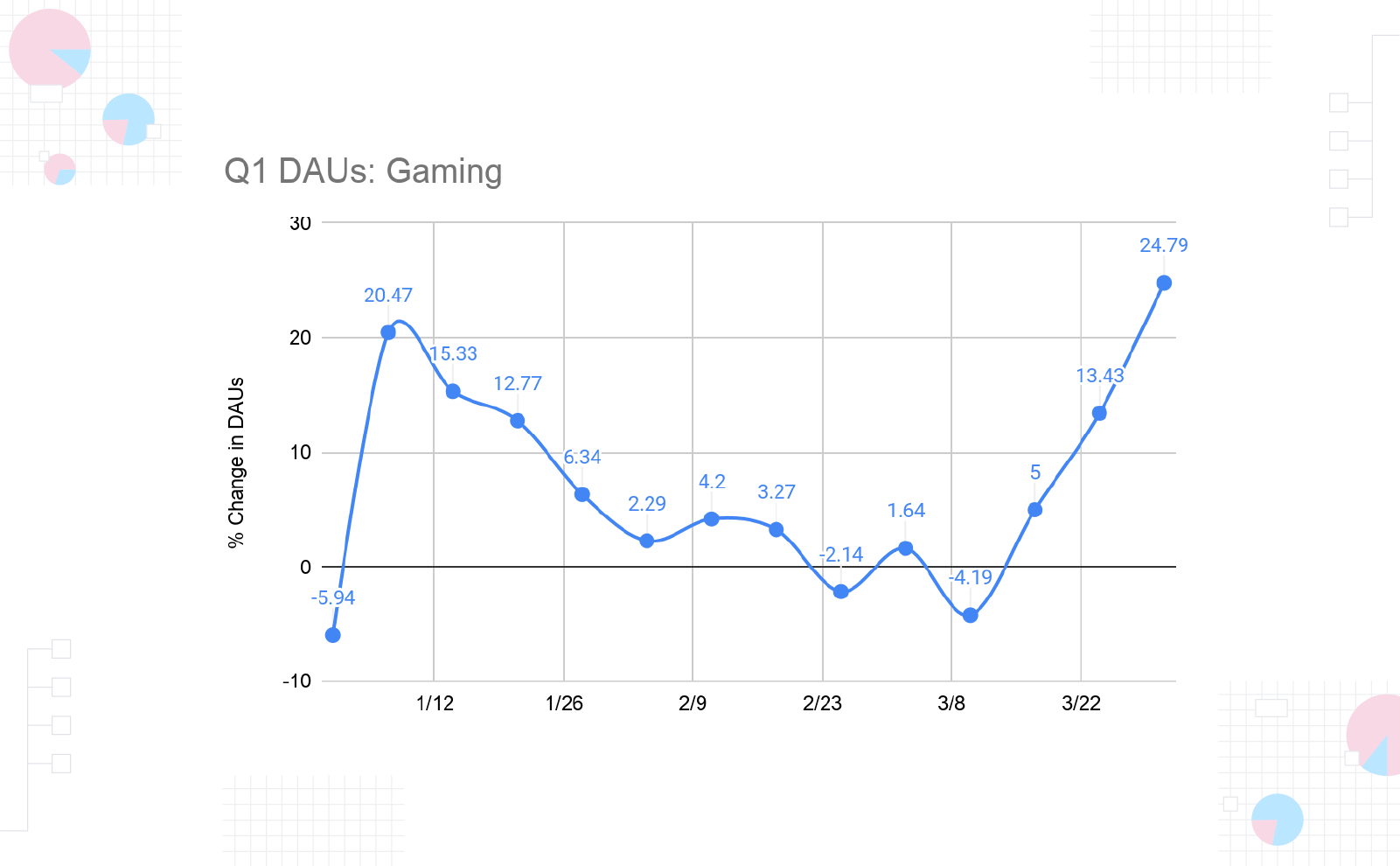 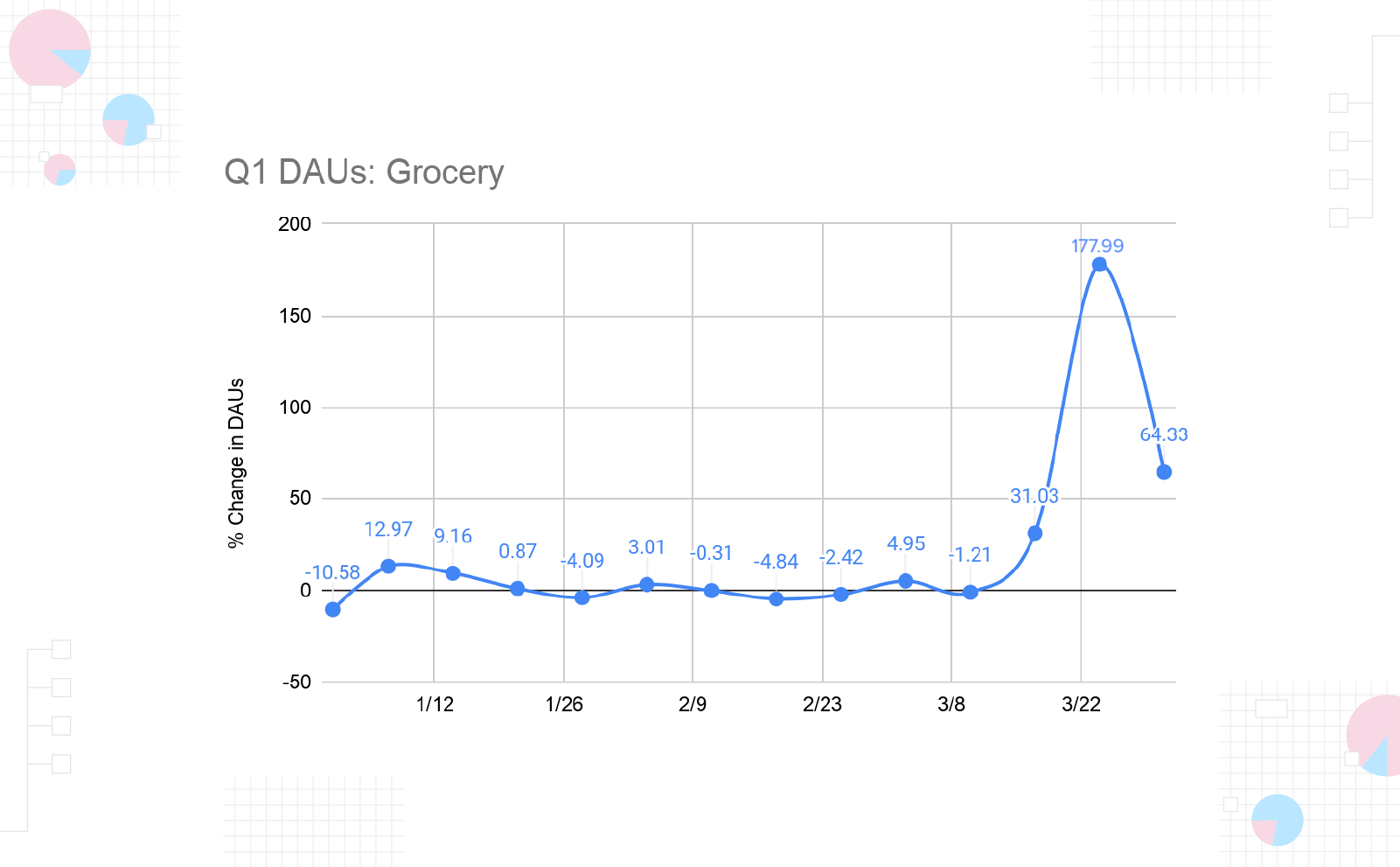 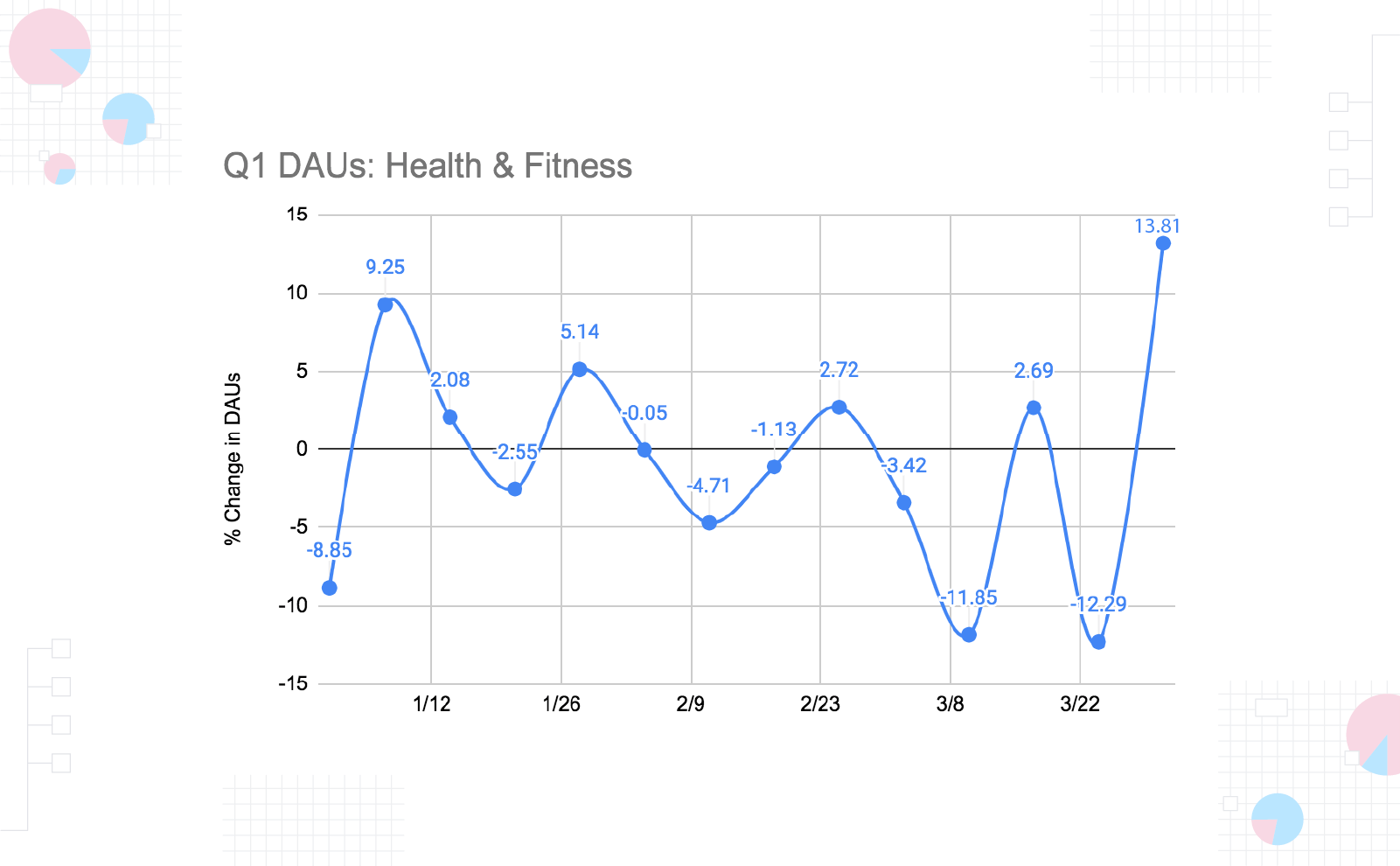 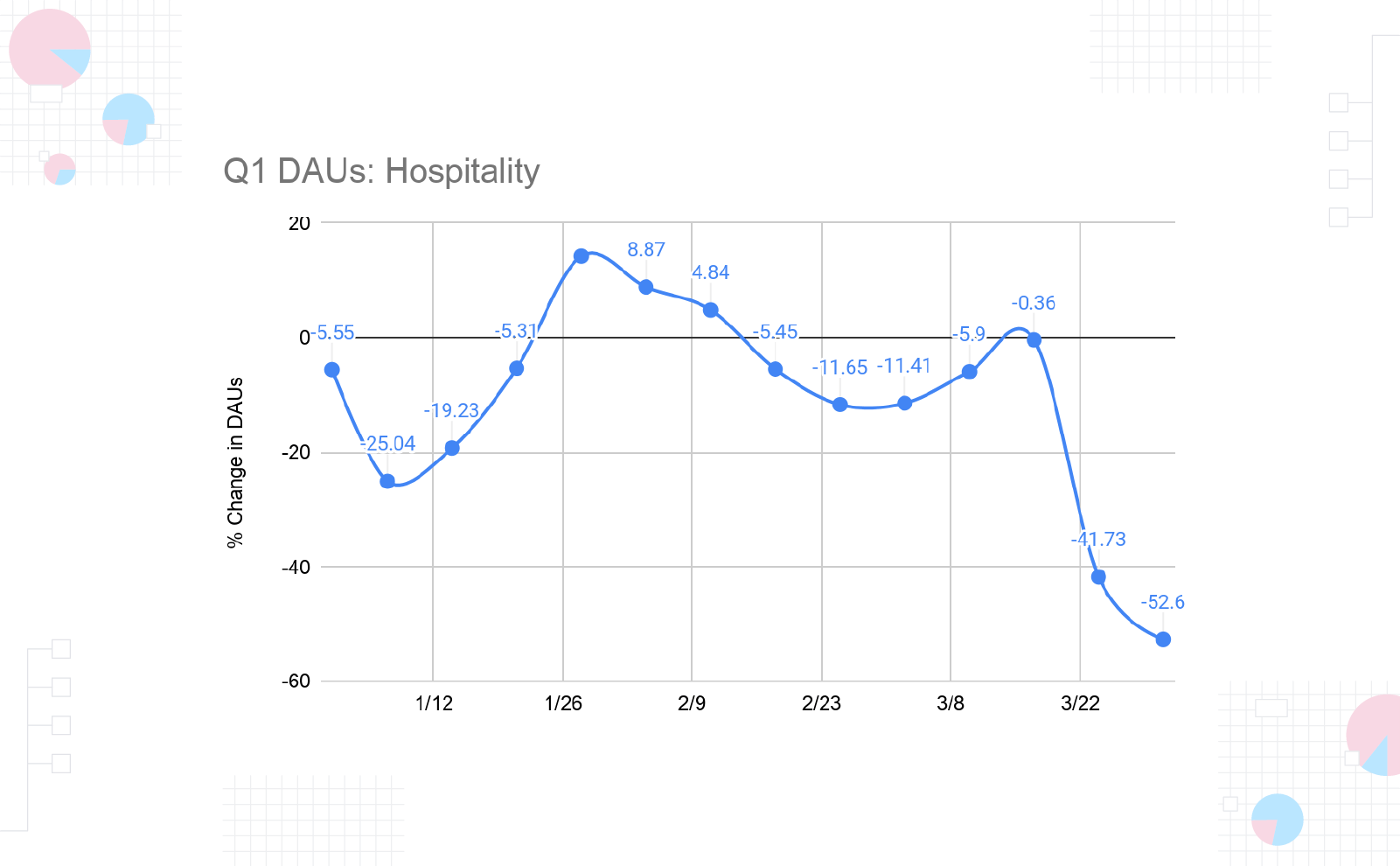 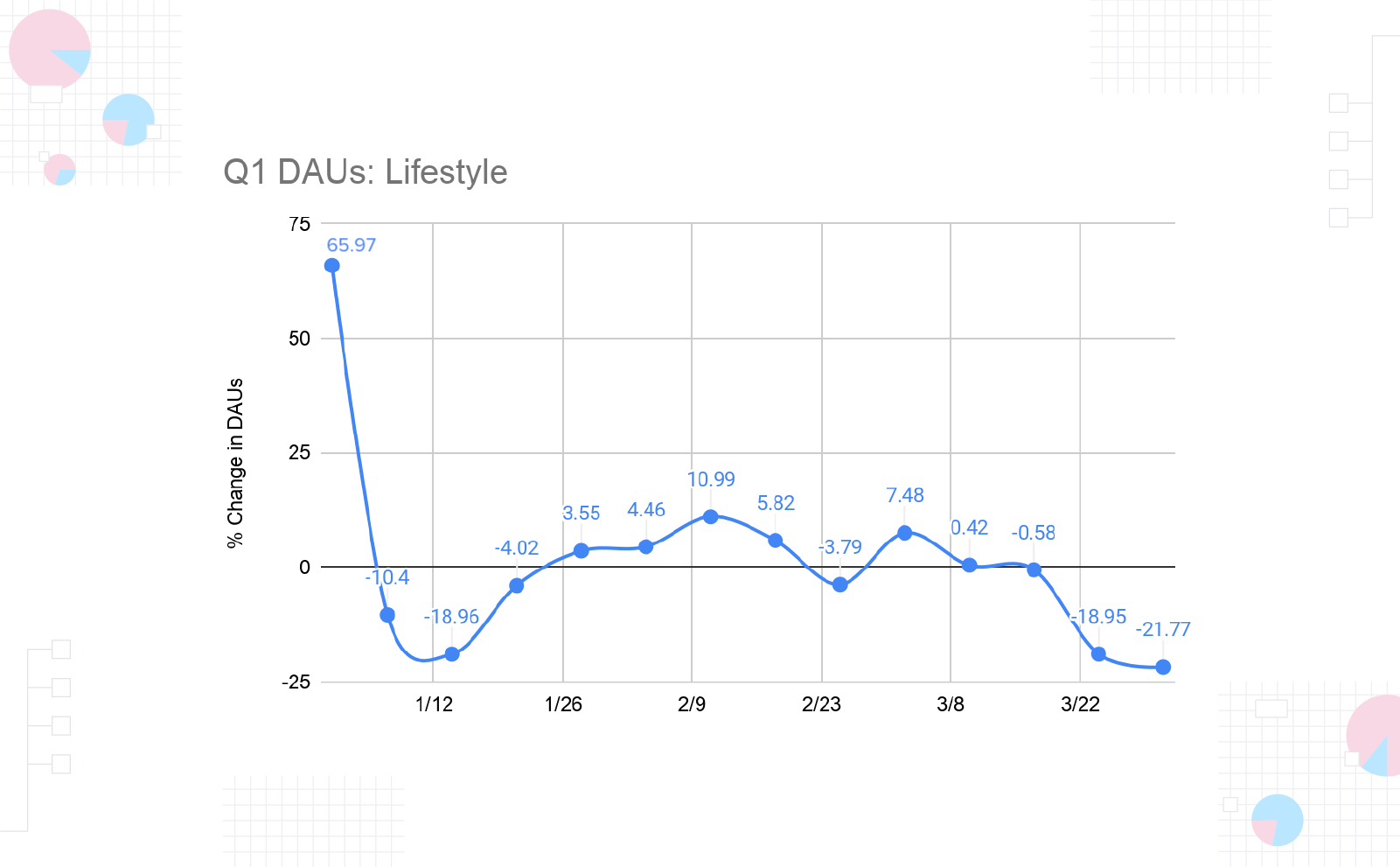 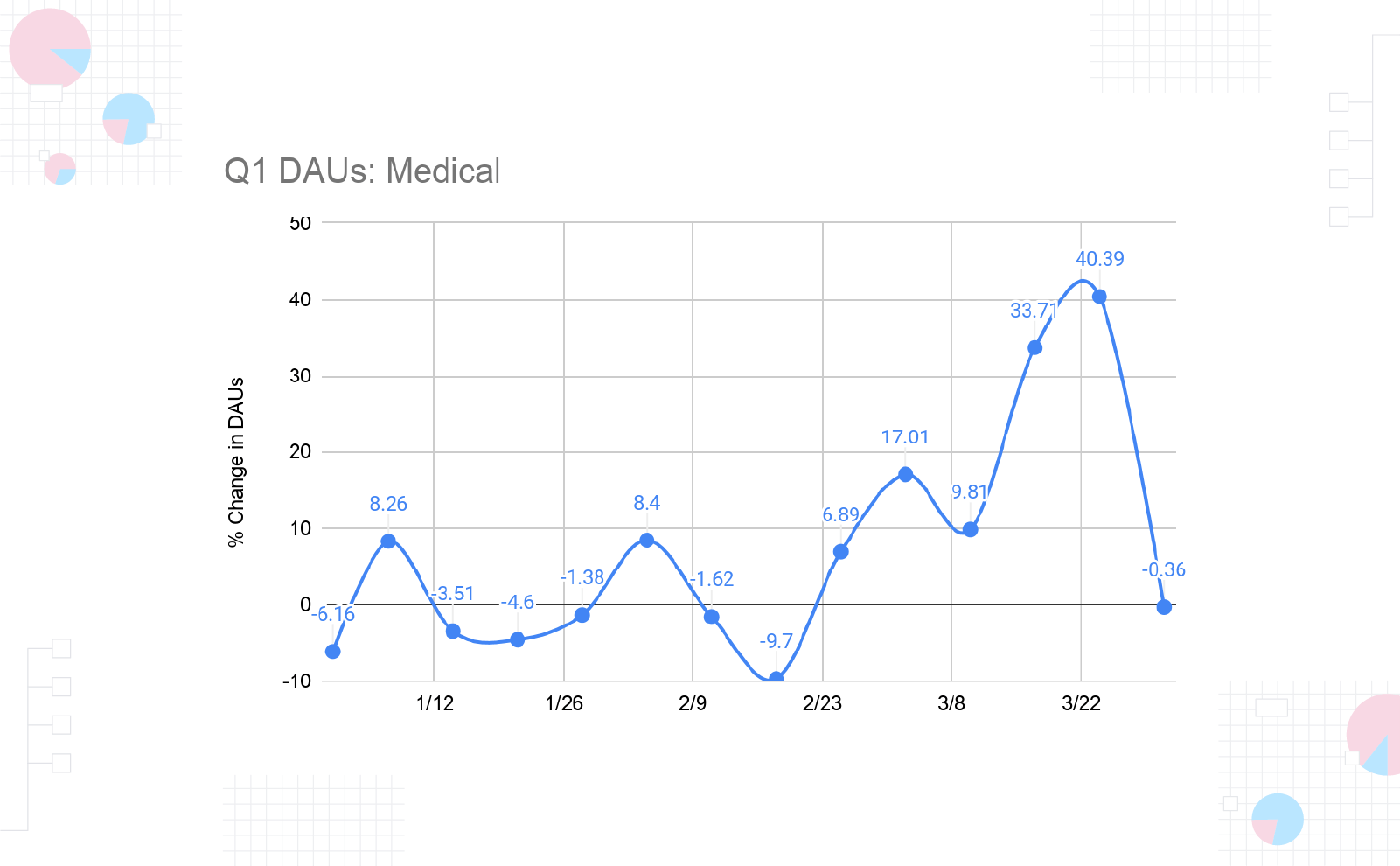 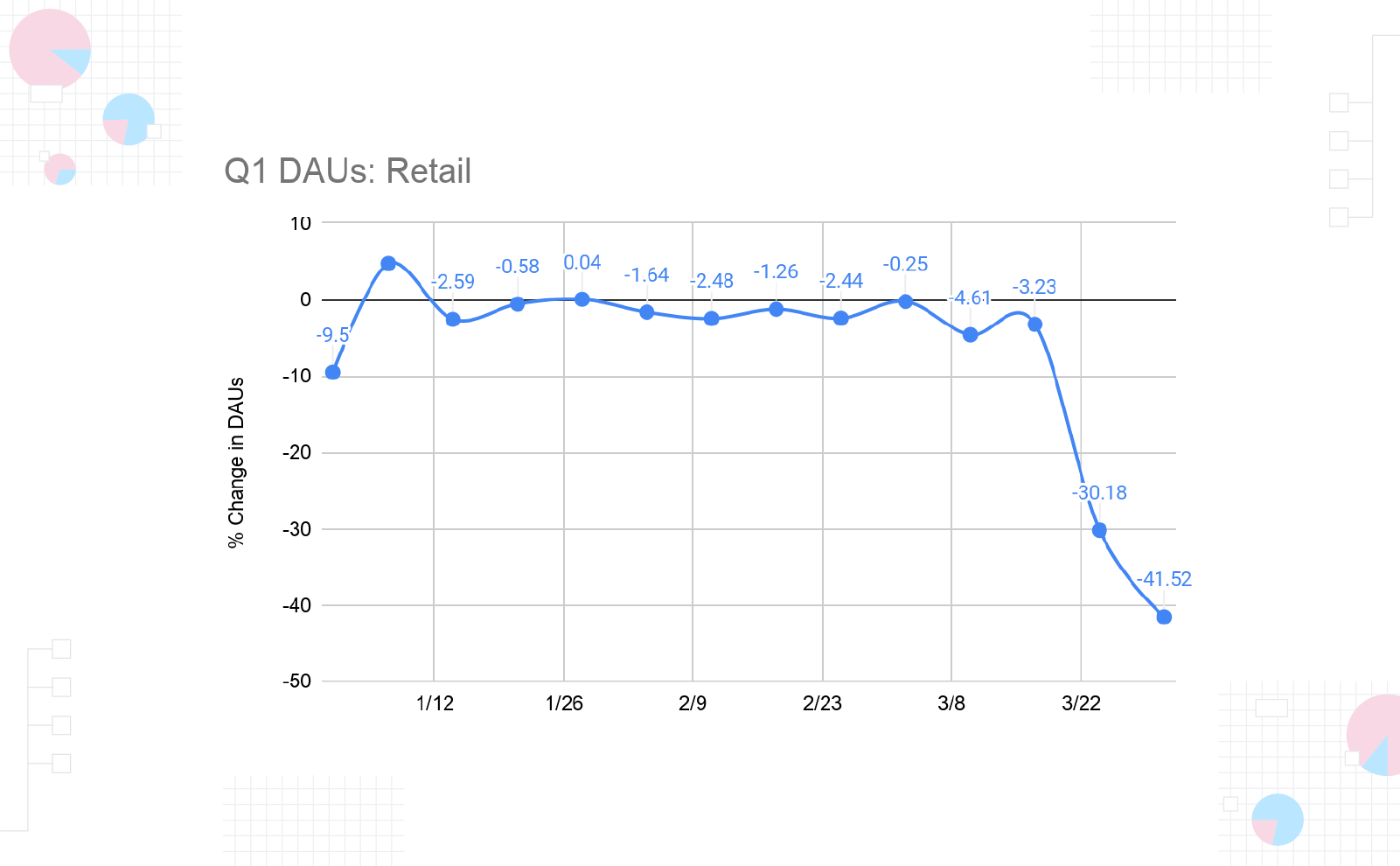 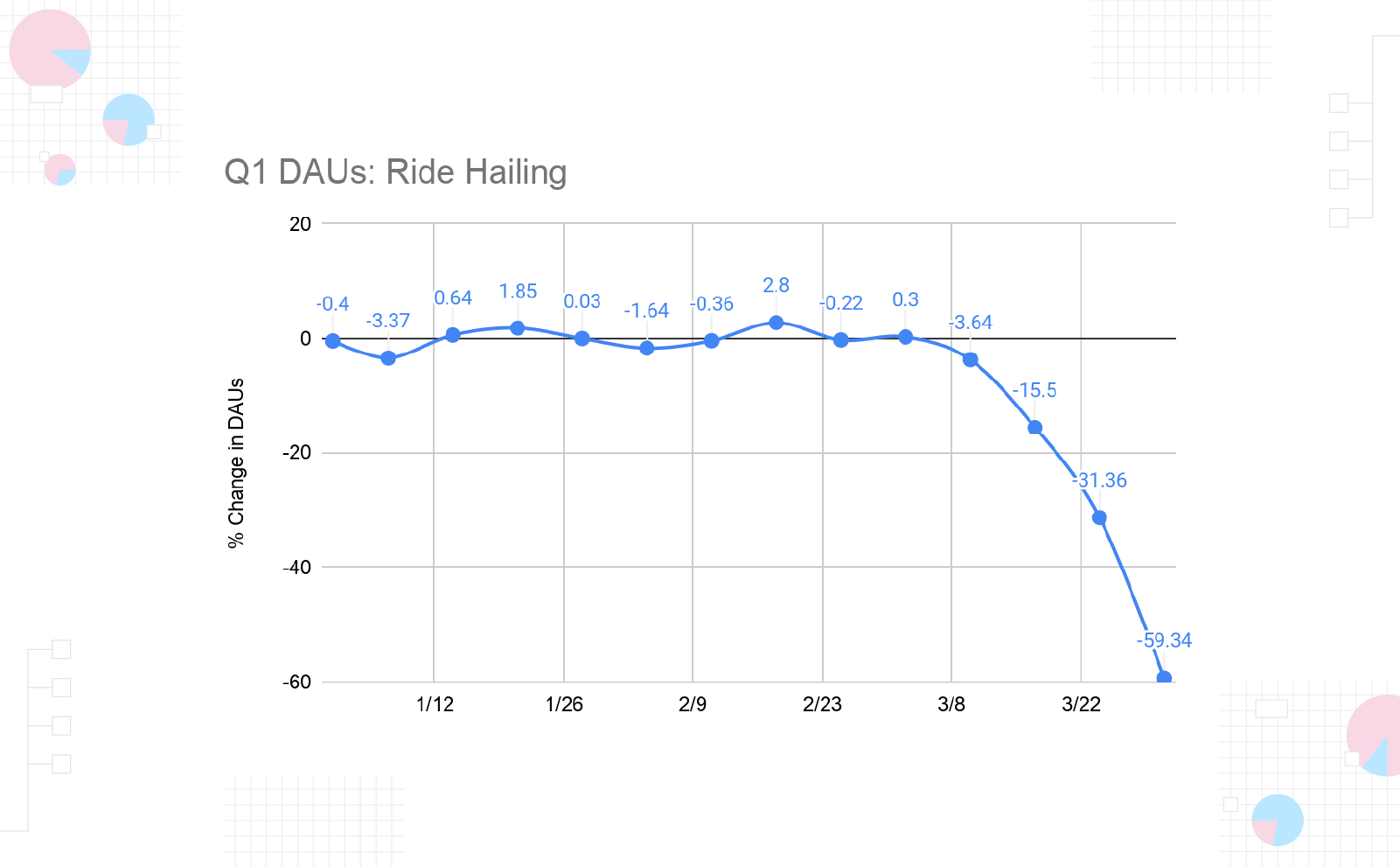 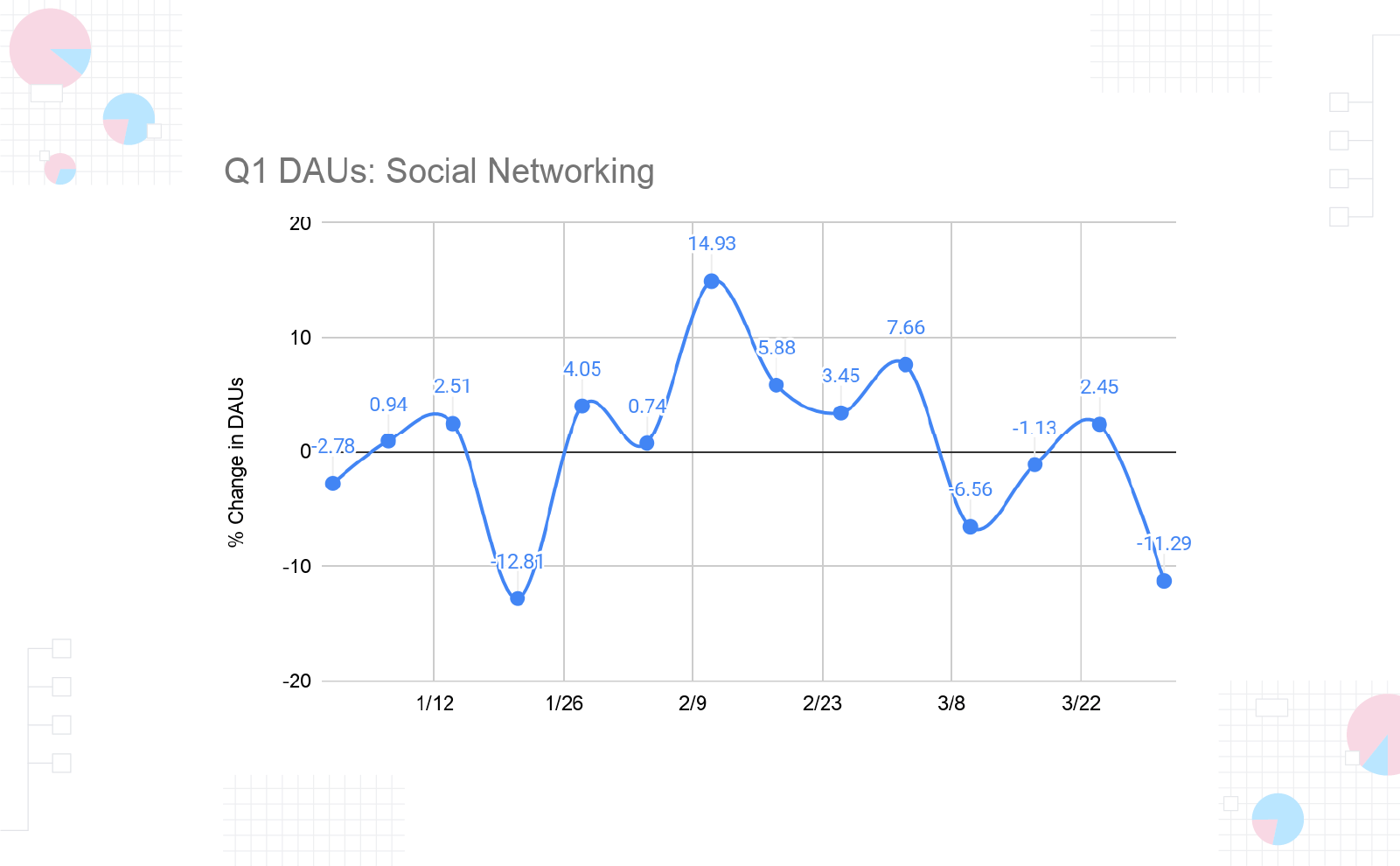 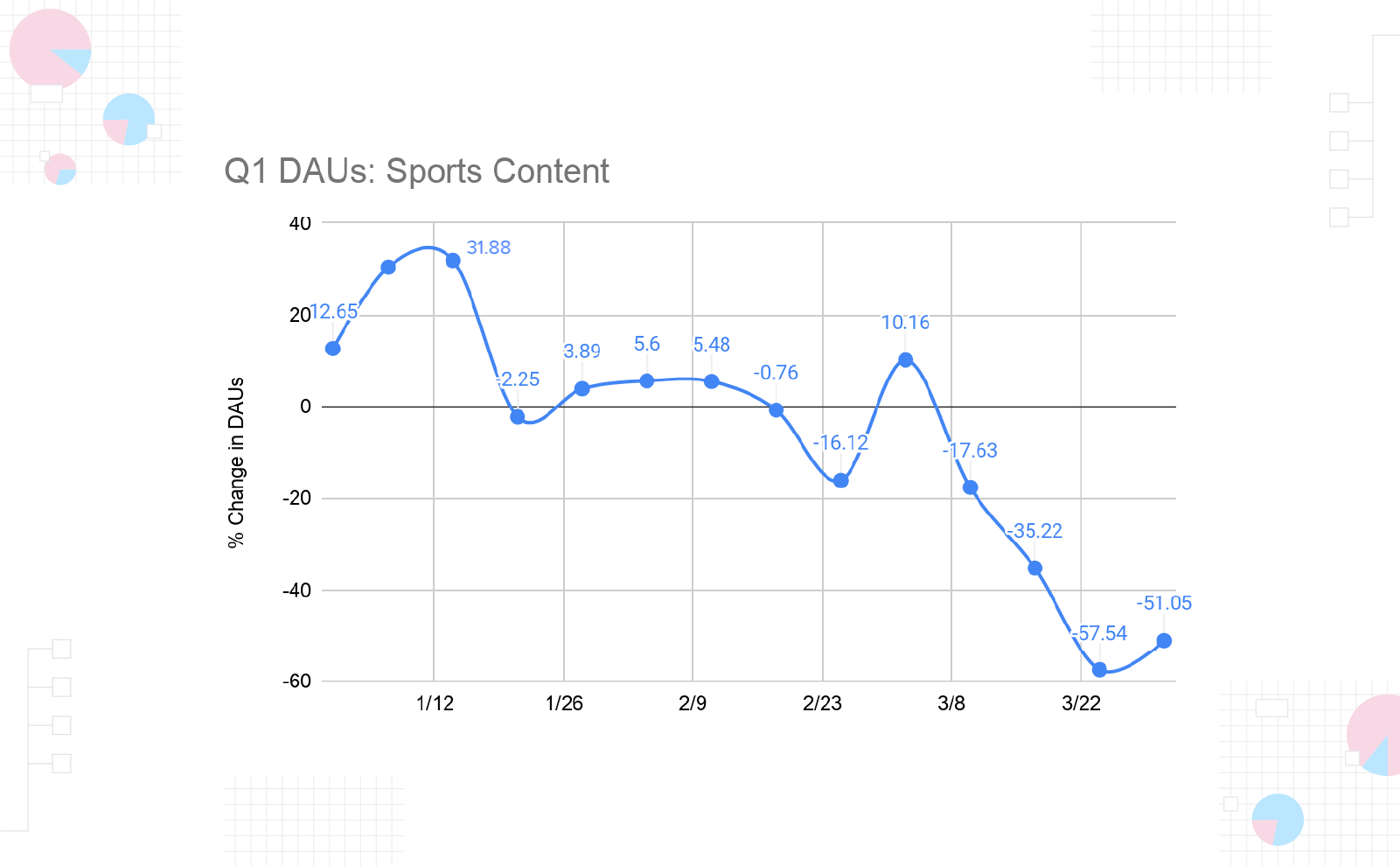 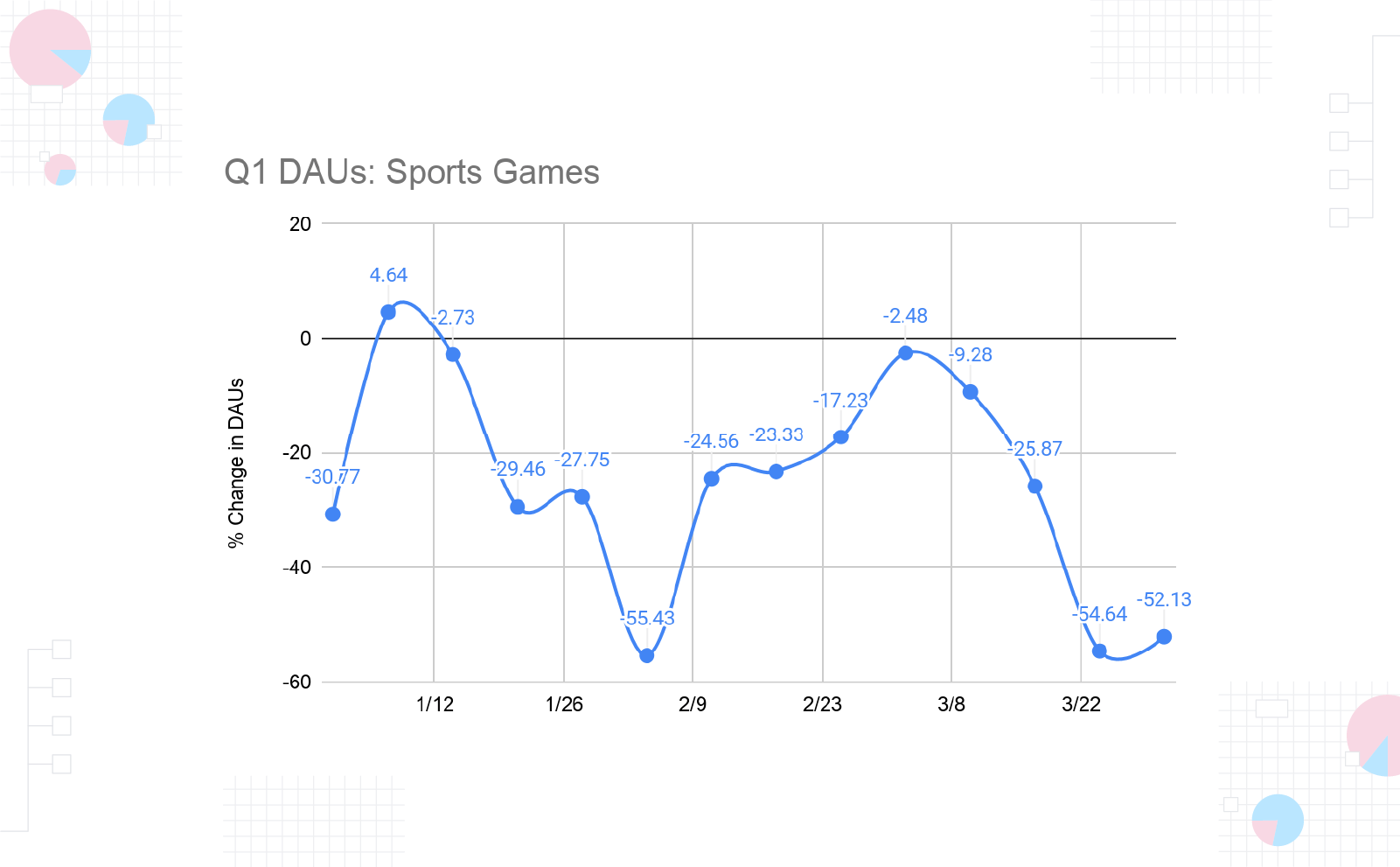 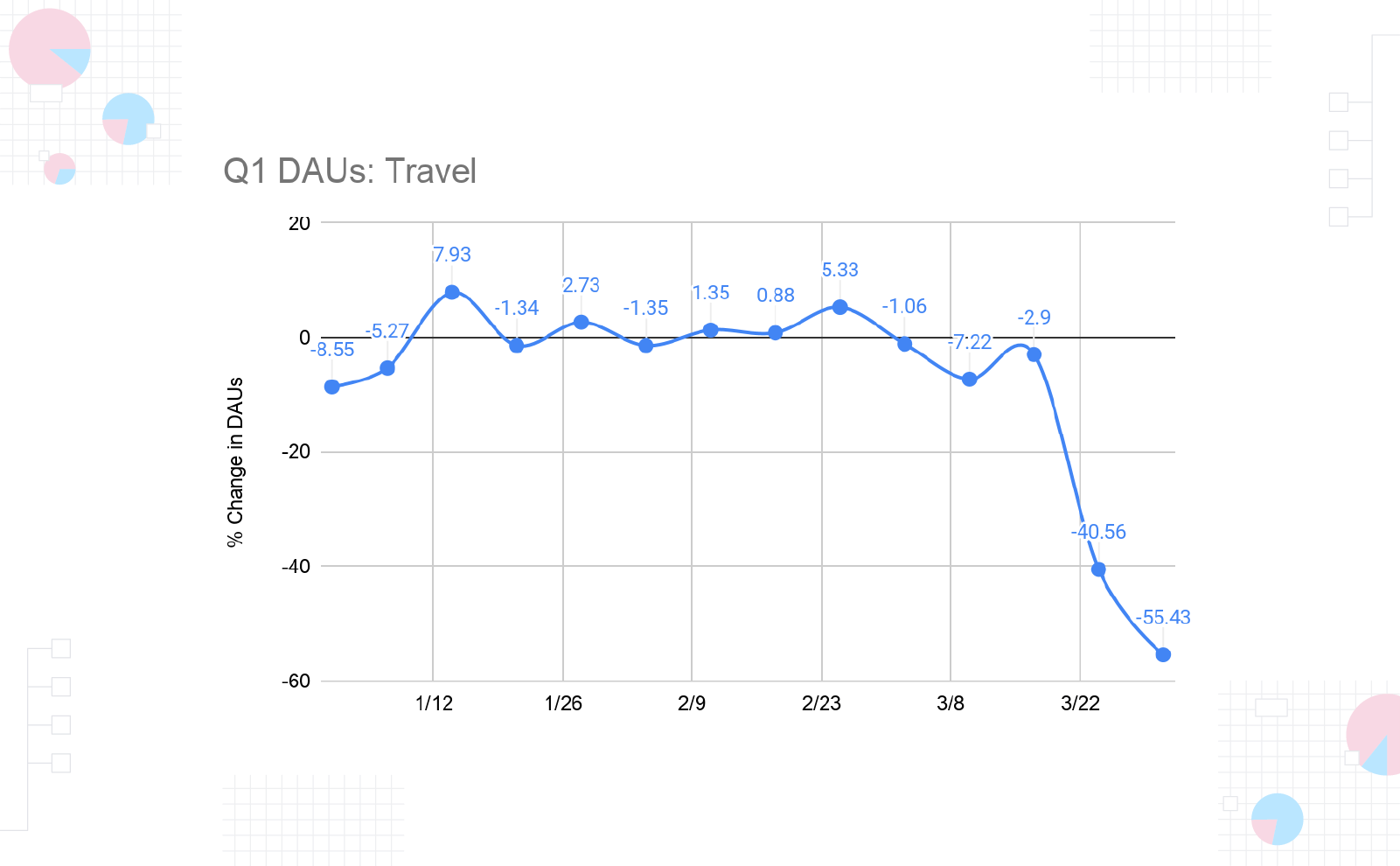 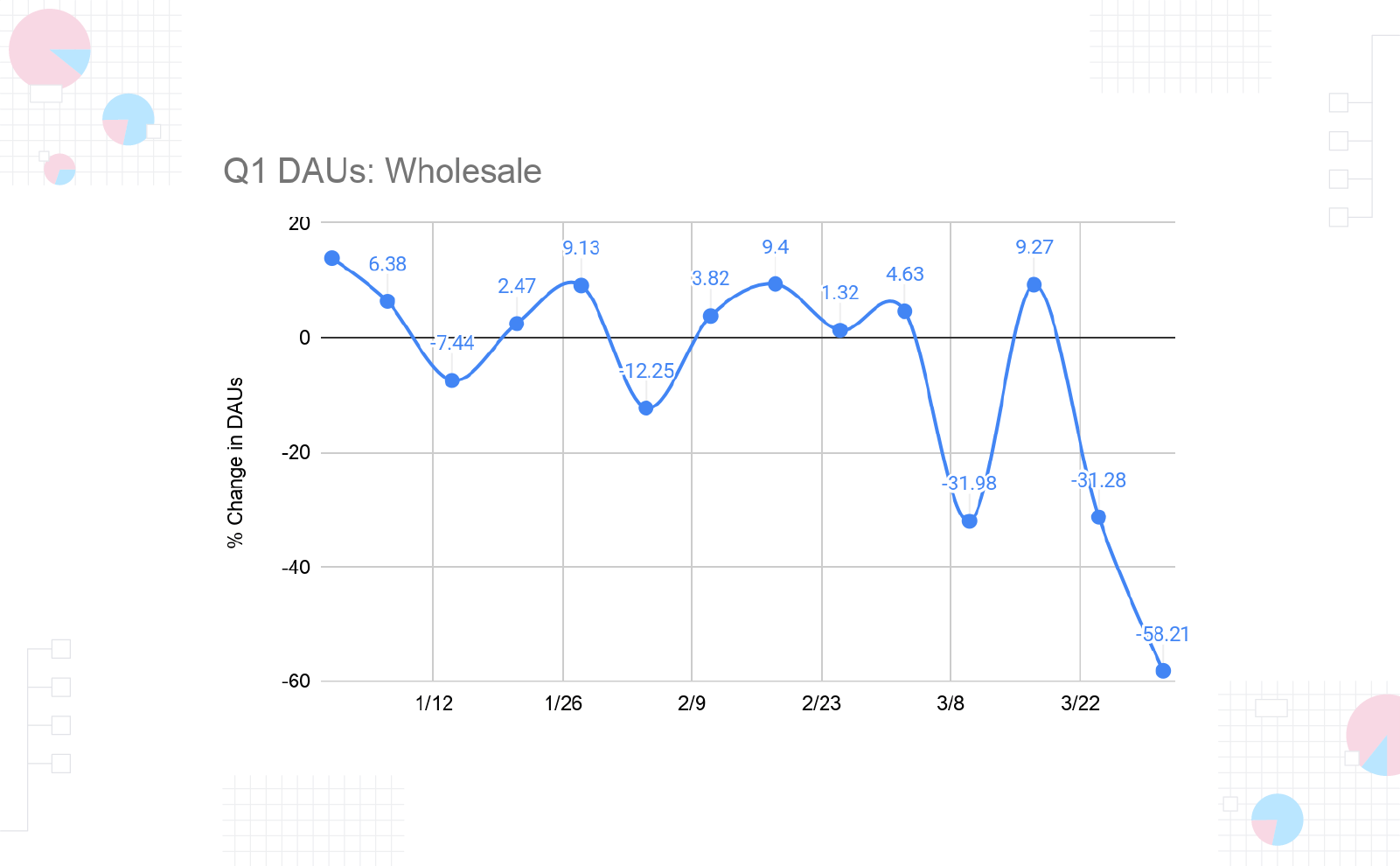 In times of uncertainty, community is more important than ever. We’re here for you with marketing resources and expert advice to help sustain your business no matter what lies ahead. View our library of free resources or subscribe to our blog for more content like this.