How PlantSnap Built a Global User Base

“Without plants there’s nothing. Not even humanity. And not understanding the kind of plant you have in front of you can make you lose on a lot of benefits you can draw from it.”

At first glance, PlantSnap is simply an easy-to-use plant identification app. Snap a photo and it will identify the plants, flowers, or trees. But look deeper and there’s so much more to it.

This open source plant database featuring 600,000+ plants and 200 million+ plant images is Ralls’ vision of building a global community of plant lovers who can help further climate study and its impact on plant life. Founded in 2017, the app now has over 33 million installs, from amateur gardeners to skilled botanists.

Since PlantSnap is an AI/ML-powered tool that uses image recognition, the more pictures of a particular plant are fed to the machine learning algorithm, the easier it becomes for the app to identify that plant. In cases where a new plant species is added, botanists complete a full classification. On top of that, PlantSnap is also mapping those photos to dates and geo locations. The result is an algorithm that is continuously being refined and improved.

The Problem: “What’s that Plant?”

It was 2012 and Ralls was at a friend’s house party. Chatting with friends in the backyard, he was taken by a particularly unusual flower. Unable to identify it, Ralls did what most all of us do when faced with an idle curiosity: he asked Google. But the results weren’t what Ralls was looking for. He realized plant identification was actually a significant challenge.

Ralls recalls, “I asked myself: How do people find out what kind of plant is in front of them?”

Turns out, a very old school way: by lugging around a plant identification book. “I didn’t know if anyone besides me cared about this problem or not,” he explains. “But I knew I was going to build it at some point.”

Unfortunately, image recognition was not yet advanced enough – not to mention the fact that there are over 320,000 different species of plants. Ralls tried numerous algorithms, but what he achieved was only good for around 100 plant species.

Then in 2015, Ralls read about machine learning and AI. His machine learning algorithm was eventually able to identify 50,000 plant species. That’s when it clicked, and Ralls started building the app in earnest.

In 2017, Ralls launched a paid app in the US for a mere $3.99. It immediately started selling, and he soon saw the need to expand internationally. After all, there are plants everywhere! To cater to that global audience, the app was translated into 37 languages. 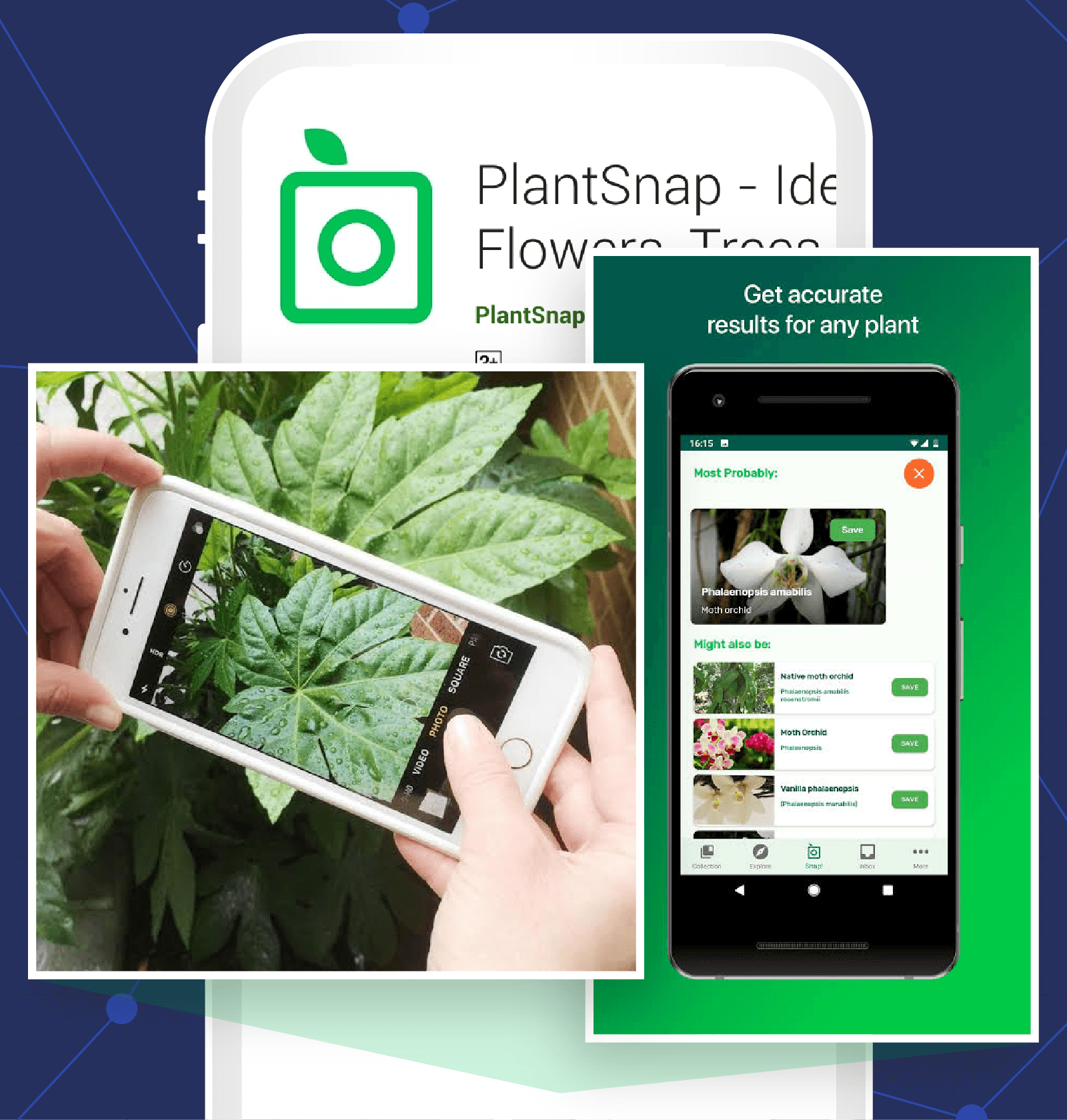 In an effort to ramp up user acquisition, Ralls decided to switch PlantSnap’s monetization model from a paid app to a freemium app.

“Watching previous trends, it became apparent that PlantSnap could reach over 100 million users within 2-3 years if we moved to the freemium model.”

As more and more people around the world began using PlantSnap, Rall’s mission evolved from a learning/utility app into a global citizen scientist project with the goal of mapping every plant species on Earth by the year 2022.

A major challenge to achieving this goal was a lack of visibility. Ralls and his team were clueless as to what people were doing in the app, and it hindered their growth efforts.

“Paid apps are different,” Ralls shares. “People pay once and keep using the app. It’s easier to track the ROI and measure your marketing efforts, but with freemium apps, it’s a whole different world.“

They soon hired a consulting firm to help the PlantSnap team explore the different tech stacks needed to run an app efficiently and communicate with users effectively. By then the app had millions of downloads, but to keep on growing, they needed to keep those users engaged over the long term.

And this led them to CleverTap.

Ralls explains, “CleverTap not only allows user communication, but also enables us to track events, create user journeys, and build targeted engagement for users both outside and inside the app.”

The Struggle of Converting Freemium Users to Premium

For any app, nudging freemium users to convert to premium is challenging. You need to know what to say, when to say it, and whom to say it to. And you must understand the response you’re getting from users so you can keep optimizing conversions. All this must be done by making decisions based on data — not assumptions.

Eliminating the guesswork from behavioral segmentation, PlantSnap targets users with RFM Analysis, which breaks their user base down into 10 groups based on how recently and frequently they engage with the app, as well as how much they’ve spent. This enables PlantSnap to quickly identify and engage key user segments — from champions and loyal users to inactive customers that are likely to churn.

To champions, they send thank you emails and request feedback on how to improve the app, what features they would like to see built into the app, and more.

To inactive users, they send push notifications and two emails spaced 7 days apart updating them on what’s new in the app, even offering discounts for upgrading to the premium version.

Armed with insights about what users are doing on the app, PlantSnap can now more effectively analyze campaign performance, optimize their engagement efforts, and guide users down the path to conversion.

Without investor backing, they needed to find alternate revenue streams to support their rapid growth. They began running mobile advertising campaigns. But paid advertising comes with a number of challenges: for one, striking the right balance between prompting customers to convert without coming across as annoying.

“Being able to track events like Ad Views is very important for us, as it makes a major contribution to our revenue. For now, we have an average of 12 ads per user on the social feed. With CleverTap we can further break it down to languages and regions as well.”

A Roadmap to Growth

PlantSnap is now partnering with non profit organizations that help manage botanical gardens, including BGCI and American Public Garden Association, who help promote the app to their visitors. By analyzing the snaps that get uploaded to the app, these gardens are able to understand where their visitors are spending the most time. In exchange, PlantSnap gets free promotion.

“We have partnerships with 1,200+ botanic gardens around the world to promote PlantSnap to their visitors — a combined 700 million+ people per year visit these gardens. We hope to convert at least 10% of them each year into PlantSnap users,” explains Ralls.

The PlantSnap story is as unique as the value it is adding to the user’s life. The app even has a ‘Buy Now’ option that shows users the nearest store to purchase the plants they’ve discovered in their database. Ralls also plans on adding gamification elements in order to make it more engaging, awarding points for each snap uploaded or rewarding users who are the first to upload a new or rare plant.

Building a Community of Plant Lovers

For Ralls, PlantSnap was a side project that blossomed into a thriving community of amateur gardeners, nature lovers, landscapers, and professional botanists. And as a community, PlantSnap’s users can share plants, add interesting facts, and communicate with each other via the social feed.

This level of community engagement helps fuel the app’s notable 30-day retention rates — currently at 39%. And by encouraging their users to become PlantSnap evangelists, their community is also helping to spread the word and fuel new user acquisition..