Cast your mind back to 1997. The internet had momentum but hadn’t officially taken off yet. A search engine named Google wouldn’t launch for another year and a consumer could typically purchase advertised cable speeds of up to 1 Mbps*.

Fast forward 24 years and the internet, and by extension mobile devices, have become such huge parts of our lives that more than 90% of the global internet population uses a mobile device to go online*.

A mobile device isn’t complete without dozens of mobile apps. In 2020 consumers downloaded 218 billion mobile apps to their connected devices*. So what do these downloads and usage numbers tell us about the future of mobile?

In this post, we’ve chosen 63 key app download statistics to provide an in-depth look at the power of this growth and the buzz that downloads continue to generate on a global scale. Be sure to check out our infographic below for the most important statistics.

According to Simform*, if you have 40 apps installed on your mobile device, you are an average user. However, Millennials have more than an average of 67 apps installed. This bodes well for app developers and marketers, both current and future. Let’s look further at the top seven mobile app downloads and usage statistics. 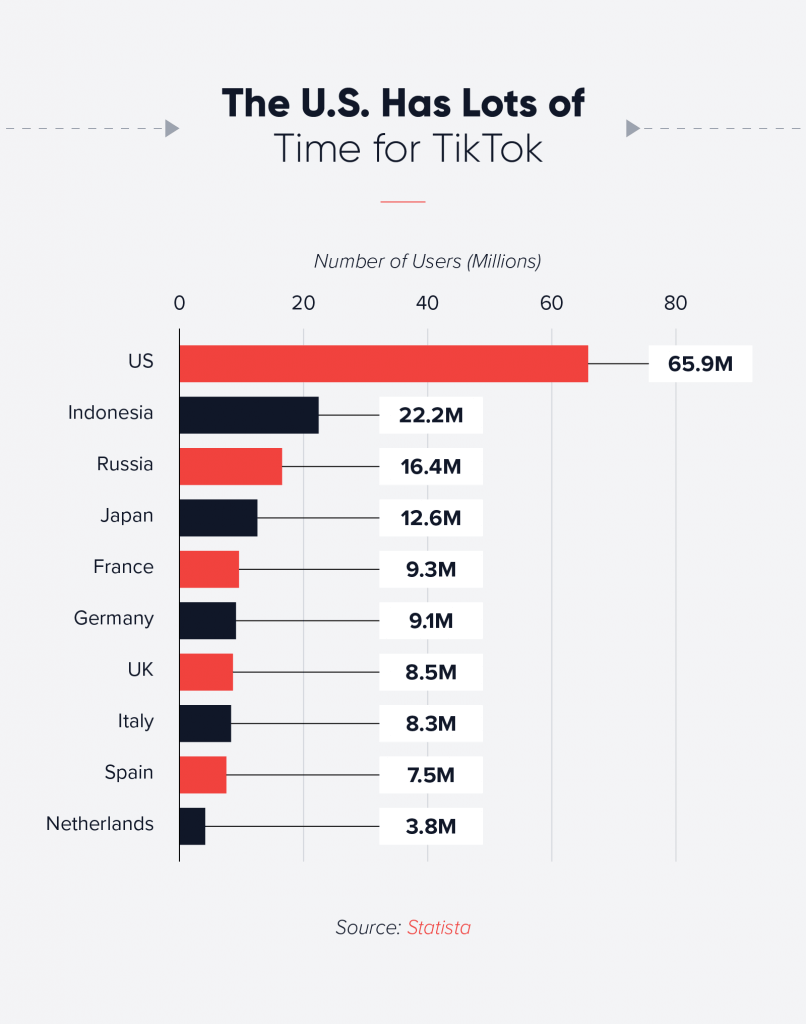 What makes a great fintech app? According to our research, there are four important categories for apps to consider including, App Store Optimization, user retention, key features, and colors/logos. Digital payments and an increased demand for a touchless society will continue to disrupt the previously traditional banking ecosystem.

In August 2020, DFC Intelligence published a report* revealing that the global game consumer community was at 3.1 billion. By 2022, that number has now grown to 3.24 billion.* This is a significant indicator of the power and potential of this community and how mobile gaming trends are becoming more than just predictions to watch out for. Read further to understand how gaming apps download and usage statistics stack up for gaming. 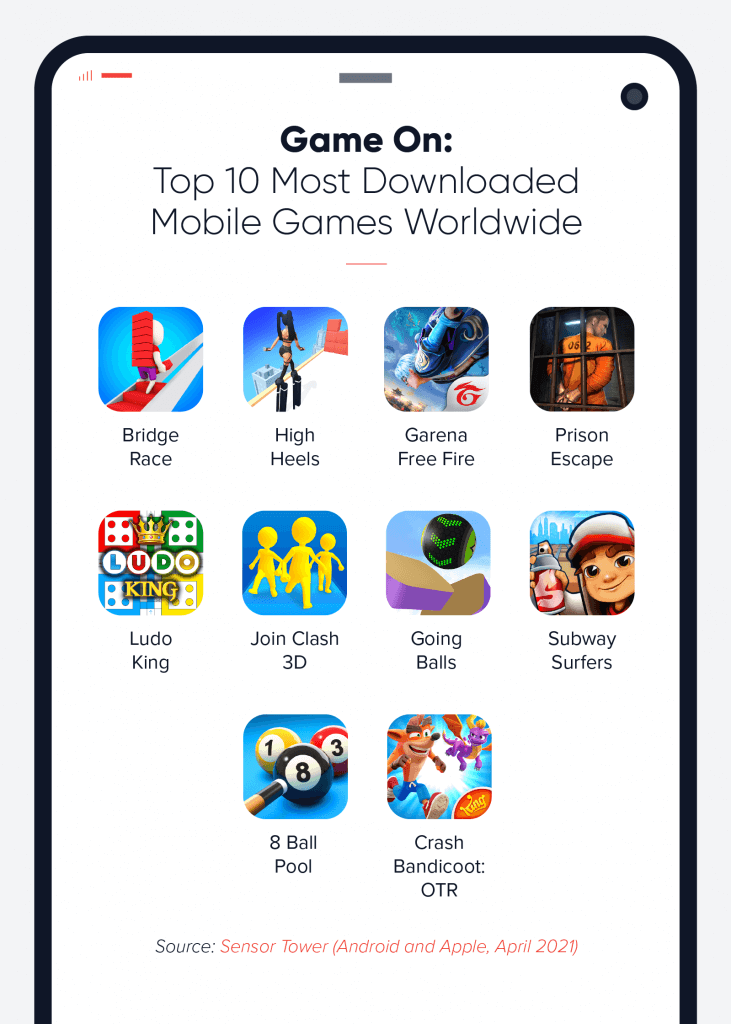 In the last year, the ecommerce industry has had a digital makeover, particularly when it comes to consumer behavior. Throughout 2020, more people stayed home and shopped online and through their favorite shopping apps. And it’s no surprise that convenience retailers such as Amazon saw some of the biggest uplifts in activity. Read on for key ecommerce app download and usage statistics.

The Apps Favored by Generation Z

In case you’re unfamiliar with Generation Z, let’s do a quick refresher: anyone born between 1997 and 2012 is considered part of this generation. In 2018, an independent study estimated that Gen Z’s direct and indirect spending power would reach $143 billion*. This isn’t a number that brands can afford to miss out on, and when it comes to mobile apps, it’s not about present usage and downloads, but about what the future holds. Read on to learn more.

If there was ever a barometer of the state of the world, it’s the most popular apps of 2020 by category and country. As mentioned above, TikTok was a clear leader on this list, and in multiple markets, and apps like Zoom and Google Meet saw significant growth due to an increase in working from home. Food delivery apps also saw growth as more people sought the necessary convenience of food at home. The following eight statistics are all from an Apptopia report*.

The Most Popular Apps of 2020, Globally

10 DAU and MAU Statistics You Need to Know

Two very important metrics for marketers to keep track of are Monthly Active Users (MAU) and Daily Active Users (DAU). When you look at DAU over MAU, you are able to calculate the ratio of users that return every day compared to those returning on a monthly basis. Here are eight key DAU/MAU statistics for some of the world’s most popular apps.

It’s no secret that the mobile app space is highly competitive but that doesn’t mean that opportunities are lost in this crowded ecosystem. Just as there is no shortage of available apps, there is no shortage of mobile users. However, the success of your apps is largely dependent on how sophisticated and effective your mobile marketing strategies are.

With the right combination of behavioral segmentation, retention, and growth, your mobile app can go to the next level in 2021 and beyond.