How Mercedes-Benz.io Drives Awareness and Usage of New App Features Across its User Base

App engagement is all about putting the user’s needs first. The magic occurs when app marketers harness behavioral data around what users love in the app, what they avoid and where they fall out of the funnel altogether to improve product and marketing. It’s the winning combination marketers must manage to ensure their app provides users with an experience they enjoy and aligns with marketing and messaging audiences accept and genuinely appreciate.

Serving the needs of existing users loyal to earlier app features and recently acquired users attracted by the latest and newest app feature can test marketers’ mettle. It adds a new layer of complexity to communications. And it puts pressure on marketers to map multiple journeys that empower users to explore and progress in the app based on their individual needs.

One company driving impressive results is Mercedes-Benz.io. It operates as a software development company within the carmaker Mercedes-Benz and systematically builds up digital expertise for marketing and sales. Mercedes-Benz.io is also the brains behind Bertha, the companion app that allows users to save time and money by easily finding the cheapest, closest and favorite stations to fill the tank or charge the battery. With the Bertha Pay feature, launched in 2019,  users can also securely pay for gas from inside their car.

Mobile payment spells convenience for users – but only if they know and understand how to use it. This is where a firm grasp of analytics and insights into user intent, starting with how and why they came into the app in the first place, allows marketers to remove app friction and increase convenience.

Appearing as a guest on the Reimagine Growth podcast series, Mile Grncarov, Growth Manager at Mercedes-Benz.io, shared insights on strategizing and setting up marketing campaigns to educate users and drive deeper engagement with the Bertha app.

“We started as a price comparison application which is something that has a very strong foothold in the German market. But adding in the additional mobile payments, and educating users, has been an interesting challenge to tackle,” Grncarov says. “It led to us having two completely different sets of users that we wanted to merge into one.” 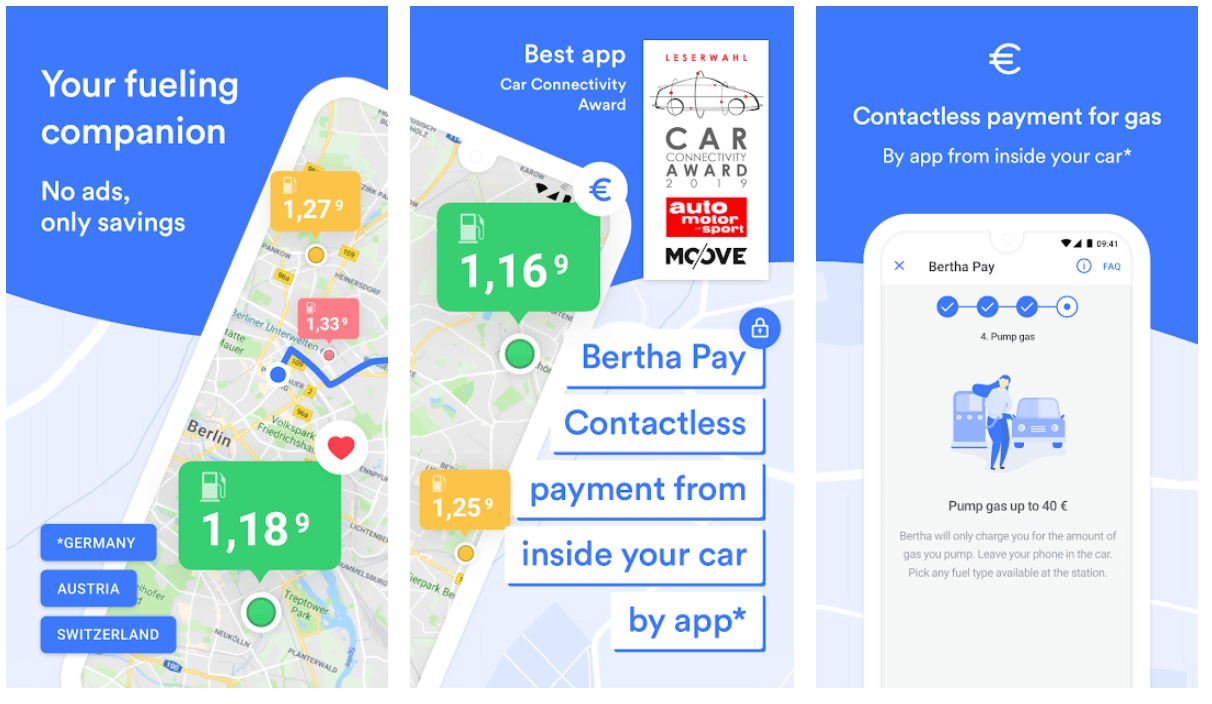 On the one hand, Grncarov explains, Bertha has a large base that is a huge fan of the price comparison functions within the app. On the other hand, the app enjoys increasing popularity among users interested in the payment feature.

Working with CleverTap allows Grncarov and his team to cater to both audience segments, making sure messaging highlights both the features users know exist and the ones they should explore. “When we spot a user who is just joining the application, we customize messaging to direct the user to where we know they want to go.” For existing users, messaging is less about onboarding and more about encouragement. “We want existing users to try payments,” Grncarov explains.

But new messaging can’t be tacked on as an afterthought. It needs to feel like a natural part of the flow. “We want the messaging and the journey  to be as cohesive as possible.” Working with CleverTap allows the team to test multiples of each. “It’s about testing and figuring out the exact trigger point that really pushes users to switch from using the price comparison aspect [of the app] to also fuelling and paying [with the app] at the gas station.”

The same extends to choosing the channels that strike a chord with your audience. Experimentation has taught Grncarov to try new combinations.

In his view, push notifications are an effective way to remind users to do something they did before. In-app communication is a great channel to introduce users to new features. “It helps the users to have a very visual explanation…to make their experience better,” he says.

It’s not enough to educate users about what an app can do. Bertha also has to explain the value of mobile payments to an audience that is relatively low on the learning curve. Research from eMarketer shows that most German customers still prefer cash and card payments to paying with mobile phones and apps. While adoption is increasing steadily, eMarketer forecasts “less than one in five smartphone users are expected to use such payment methods in 2023.”

Converting existing users requires effective messaging and empathy, Grncarov explains. “We have journeys to onboard users to try mobile payments. But we also have journeys that are more about reassuring users about the safety and security of the application as they try it for the first time.” His advice: Don’t only educate users on how to use your app features. Craft messaging to help users feel safe and secure about their decision to do it.

This requires insights into the data. But it also requires tools that empower marketers to test if and where messaging (and how) messaging propels a change in user behavior. Grncarov explains that working with CleverTap allows his team to map out journeys in the case of newly acquired users. “We can also see based on which source of acquisition they’ve come from – so is it social advertisements, is it elsewhere – how they are most likely to act or perform or use our application.”

Reading the Data to Choose the Tactics

Predicting how users are likely to act based on how they came into the app is a critical input in the calculus of customer retention and lifetime value.

“It’s what can really help you determine retention,” Grncarov says. But it also works in the opposite direction, alerting marketers to when they should pull the plug. “If you’re noticing that some users are not really sticking no matter your best efforts…, it could correlate to that not being the right channel to acquire users for your certain application.”

What are the signs of an engaged user?  Grncarov recommends marketers don’t confuse valuable users with active users. This segment is much more than that, he says. “They also passionately give feedback when needed and send in requests for features and improvement that they see.” Maybe marketers can see or even measure the value these engaged users bring at the start. “But in the long-term, it’s these engaged users that teach you the most about how to keep them happy, retain them and build a better environment for all incoming users.”

TL;DR Having new app features is a great way to win new audiences, but educating your entire user base to use them can be your biggest challenge.

For newly acquired users, onboarding to show (and explain) the core value proposition or app feature that brought them to your app in the first place. Harness data around channels and sources to map journeys based on express user behavior and predictions around the actions users in this cohort are most likely to take.

For existing users, use messaging to drive interest and education about features they don’t know but should explore. But don’t broadcast. Use segmentation and testing to tailor messaging and personalize prompts and reminders.

In both scenarios, keep messaging helpful and human. Mercedes-Benz.io uses a mix of channels to reassure users uncertain about mobile payments. Don’t just use data to identify user pain points. Use it to inform messaging that is authentic and empathetic to their individual needs and concerns.