Referrals have long been a staple of user acquisition. It works because it feeds on one of the most primal urges of human beings: the need to share something they’re excited in.

When you boil it down to its core, a referral is simply one person recommending an app (or a service or anything else) to another person. And as this excitement spreads it grows your app exponentially. News gets around, attracting more users. If this behavior is aptly rewarded, it can lead to a tsunami of fresh, new users eager to install your app.

The Power of Referrals

The benefits of word-of-mouth referrals are huge.

Even better, newly referred users are 18% more loyal than those acquired through other marketing channels.*

In short, referrals are golden. But why?

Why Referrals Work So Well

According to Nielsen, the most trusted advertising is recommendations from friends and family. Branded websites come in only second.*

Consumers are more apt to believe the recommendation of someone they trust in real life instead of a marketing campaign. They’re more likely to check out something that excites someone they know. Which leads to a cycle of “What is this hot new app? Why are my friends so hooked? Let me see what the buzz is about.”

If your company gets this right, you can build a massive audience — even before launching your app.

Below are 3 referral tactics that have been tried and tested by various Fintech apps in the past and have been found to work wonders for user acquisition.

Before the app was even available to the public, people had to join a long waiting list. But if you referred people to join the app, you could move up the line, ensuring you got the cool new app earlier than others. This exclusivity and gamification led to more than a million new users eager to test the Robinhood app — even before it was installed! 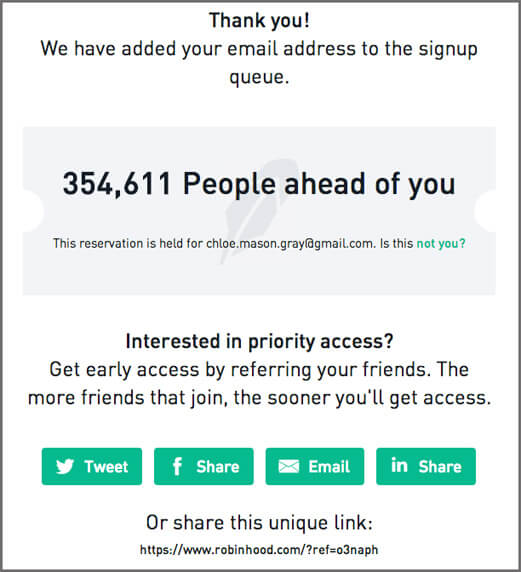 2. Give Them Variable Rewards

But even post-launch, Robinhood’s referral program kept the momentum of new users flooding in. This time, the app gave users small amounts of random stock for every referral, building into the process a certain amount of anticipation for what variable reward they would receive.

Many other Fintech companies have since used this same strategy and achieved their own levels of success. And one of the most effective ways they’ve rewarded referrals is through free money.

3. Give Them Free Money!

PayPal used this strategy to boost its user acquisition, giving the company up to 10% daily growth with their referral program. In fact, the program was so successful that other internet companies including Dropbox, Stripe, Monzo, and Revolut would go on to copy the template and improve upon that formula.

What they did was offer $20 to anyone opening a PayPal account, with an additional $20 if the person you referred opened an account. The amount would later decrease to $10 and eventually $5 per referral, but by then the campaign was already a resounding success. Because in order to make use of that free money, people had to open and use a PayPal account.

This was the same tactic used by Qapital to bring new users to their rule-based automated savings account service. Their marketing copy succinctly stated “Give $20. Get $20.” But what it did was use the PayPal idea (in fact, even the same amount) to entice people to sign up for the service. That reward is now down to $5 per user. 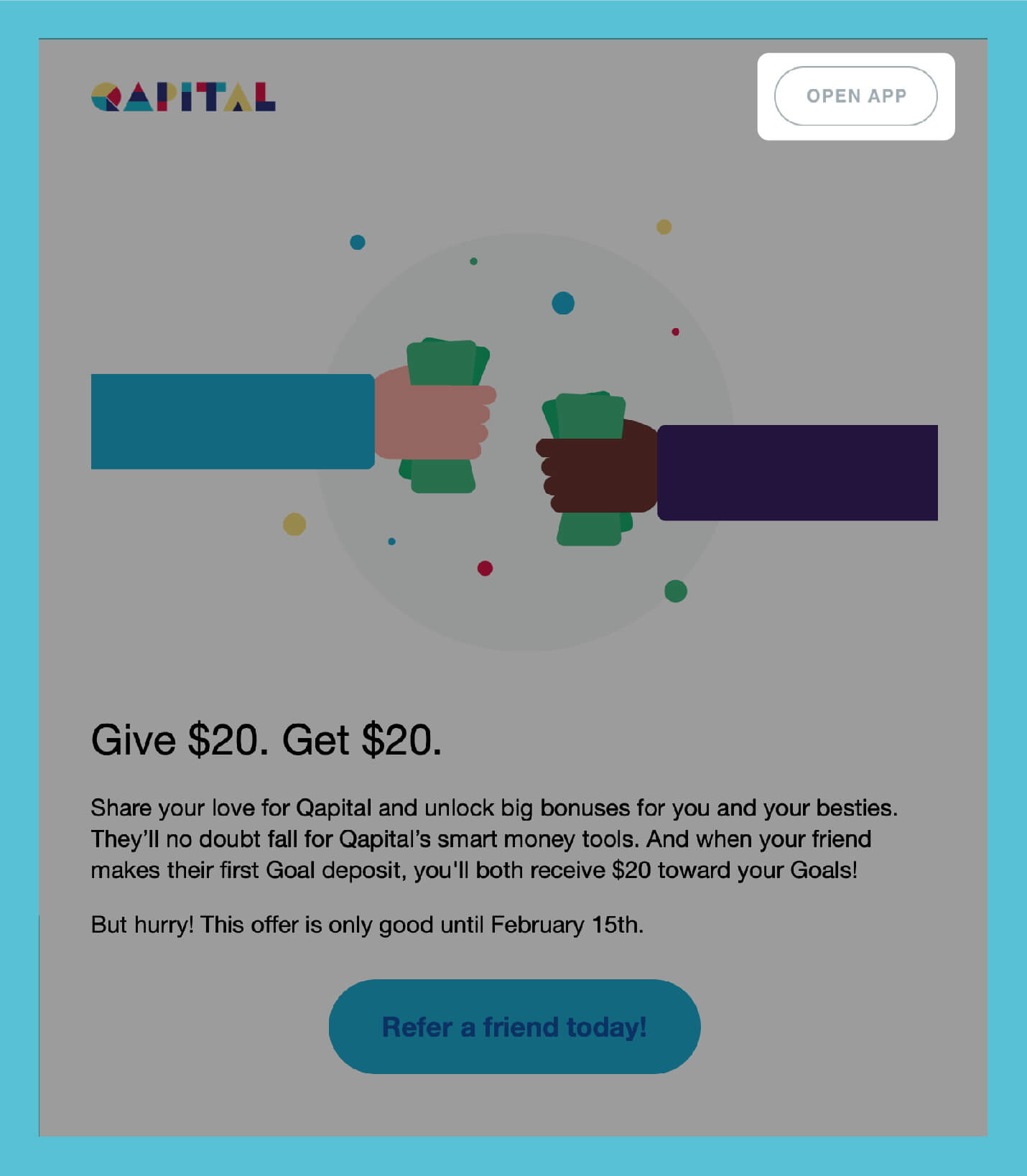 In fact, the free money referral reward is now used by so many online banks and Fintech apps that it’s practically standard operating procedure for boosting user acquisition.*

Whether your Finance technology gives users access to digital banking or bill paying, referrals remain the most powerful tool for growing your business.

Just make sure you do it correctly. Some best practices to keep in mind:

More tips on improving your referral emails below: 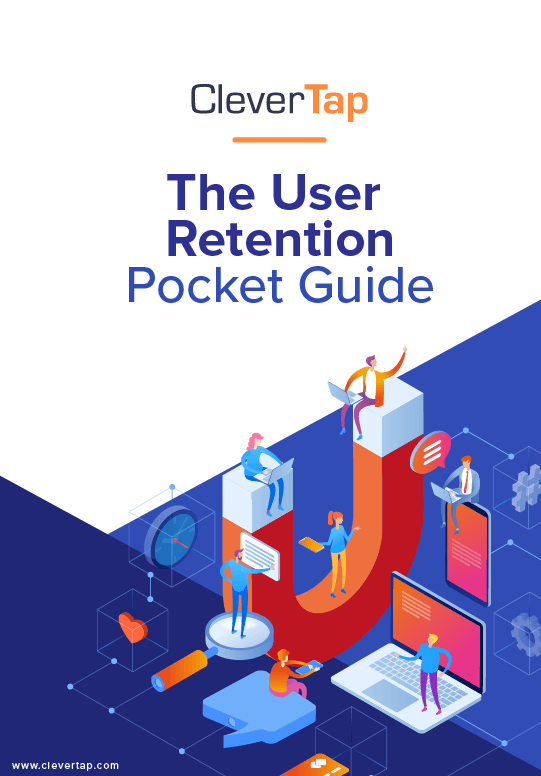 A high-level overview of customer retention fundamentals in a highly visual guide.