Teams scramble to get as many users as quickly as possible.

But here’s the thing:

Retaining these users is more important than getting them in the first place.

Nir Eyal, active angel investor and best-selling author of Hooked: How to Build Habit-Forming Products, believes that the most successful mobile apps are habit-forming.

According to Eyal, we’ve got to make our apps habit-forming in order to stand a chance at retaining users, and we’ve got to do it fast.

“Unfortunately, if a habit isn’t formed within the first week of use, you’ve likely lost your chance to keep these users over time.” -Nir Eyal

In this article, I share insights from a recent sit-down I had with Eyal where he laid out the core tenets of user retention.

In an era where users demand more than a pretty interface, Eyal shares actionable tips for how to build habituality into apps from the get-go, engage users beyond triggers and notifications, and retain users when you don’t have a product that gets used on a daily basis.

Tenet #1: Retention is the foundation for growth

When it comes to building and promoting apps, Eyal reminds us that, as a community, we focus too much on growth.

But focusing on user retention isn’t just an ideological position or a preference. If mobile app teams don’t focus on how to get users to stay, they’re likely to “waste tons of money acquiring new users, who ultimately don’t stick around.”

Thankfully, habit formation is easier than ever before.

“The transmission of more data about us, at faster speeds, at greater accessibility has made everything much more habit-forming, which is a great opportunity for businesses,” says Eyal. Of course, there’s a lot of companies competing for that attention.

Tenet #2: Habituality must be built into apps from the get-go

“Once a habit is formed, the user is no longer considering whether they should open an app — they check the app every day, automatically, without thinking much about it,” says Eyal.

Once a habit is formed, it’s almost impossible to drive users away.

For example, Slack is an enterprise-facing company that frontline employees started using to chat with each other, outside of their organization’s official channels. These employees developed a habit of using Slack, got attached to it, and then management saw the benefit and implemented Slack on a greater scale.

Unfortunately for those building mobile apps, there isn’t much time to hook users and create a habit.

Eyal believes that one week is all you’ve got: “If your product doesn’t engage people within a week’s time or less, it’s going to be very, very difficult to build a habit around it.”

Eyal recommends identifying core habits — what users already do — then codifying that experience. You need to understand what users who stay actually do, as opposed to those who leave.

For example, maybe users who add five friends in two days are more likely to continue to use an app than those who don’t, so it makes sense to encourage users to add friends as quickly as possible. 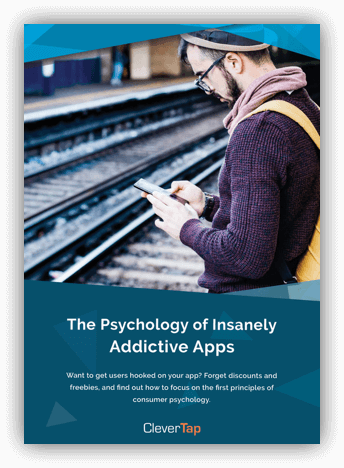 Hook your users and keep them engaged by borrowing the psychological tricks used by addictive apps like Facebook, Snapchat or Clash of Clans

Tenet #3: It’s not just about triggers and notifications

When mobile app teams want users to engage with their apps, they often consider triggers and notifications as a surefire way to convince users to open the app and interact.

According to Eyal, triggers and notifications can be used as tools, but they’re not a strategy in and of themselves.

“Nine times out of 10, it’s a bad idea to copy someone else’s tactics,” he says. “What works for one app won’t work for another. You have to understand your user’s psychology in order to build out a holistic experience that is habit-forming.”

Although it may be tempting to use triggers and notifications as much as possible to create mobile app engagement, it’s essential to develop a strategy for how to use them. If you use these tools too much — and users aren’t getting value from your app — you’re likely to drive them away.

Nir Eyal has his own strategy for creating a “hook,” that is, the thing that hooks users into a mobile app.

“If you understand how to build your hook, you’ll be good to go,” says Eyal. “In Hooked, I explain exactly how to do this, how to take a piece of paper and write down the four stages of your hook.” 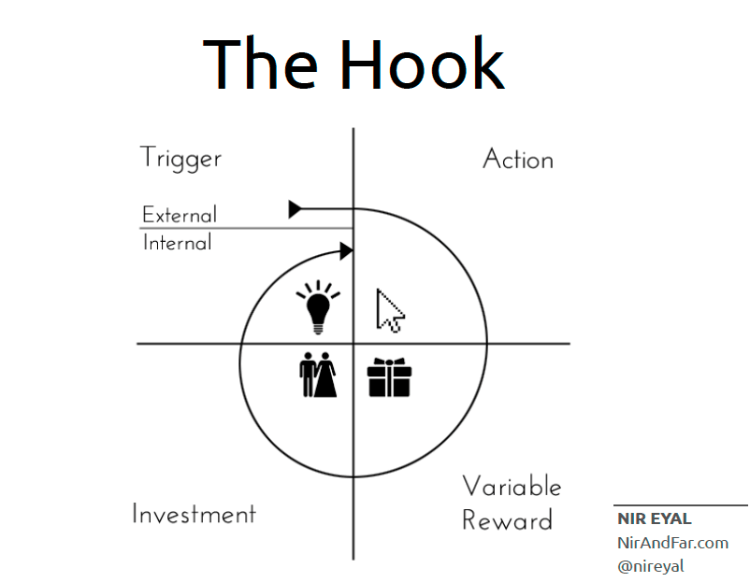 According to Eyal, great products have multiple hook “loops” to carry a user deeper into the habit.

“As the user increases their engagement, you lay on more complex learned behavior,” says Eyal. “For example, on Facebook, you scroll through the feed. Then, you learn how to post a photo, and then a status. Each one of these is an additional hook: Facebook offers users one hook after another.”

One of the reasons it’s essential to create habits around your app is to create what Eyal calls a “monopoly of the mind.”

Basically, once a user is in your mobile app every day, they won’t leave you for the competition.

“If you don’t form a habit, you’re at the mercy of competition,” says Eyal. “Think about Google — is it really better than Bing? Actually no, studies have shown that people can’t tell the difference. But when was the last time you actually questioned which is a better search engine? You don’t. You just use Google.”

According to Eyal, it’s not the best product that wins. “That’s a lie in the development community,” he says. “It’s much more important to be a habit-forming, go-to app.”

Users will stop questioning whether you’re the best — they’ll just assume you are.

If your app isn’t habit-forming, users will leave as soon as a better price or deal pops up elsewhere.

Tenet #6: Habits can be built into “non-habitual” products

Eyal is well aware that not every product will be used on a daily basis.

After all, how often are people logging into the mobile app for their health insurance?

“When it comes to insurance, people buy what they need, but then don’t interact for years,” reminds Eyal.

But Eyal has a clever way of creating habits, no matter the product. He calls them his “two Cs”– content and community.

By creating valuable content and offering a community, you can build habits around the overall experience with your company, rather than the product itself. 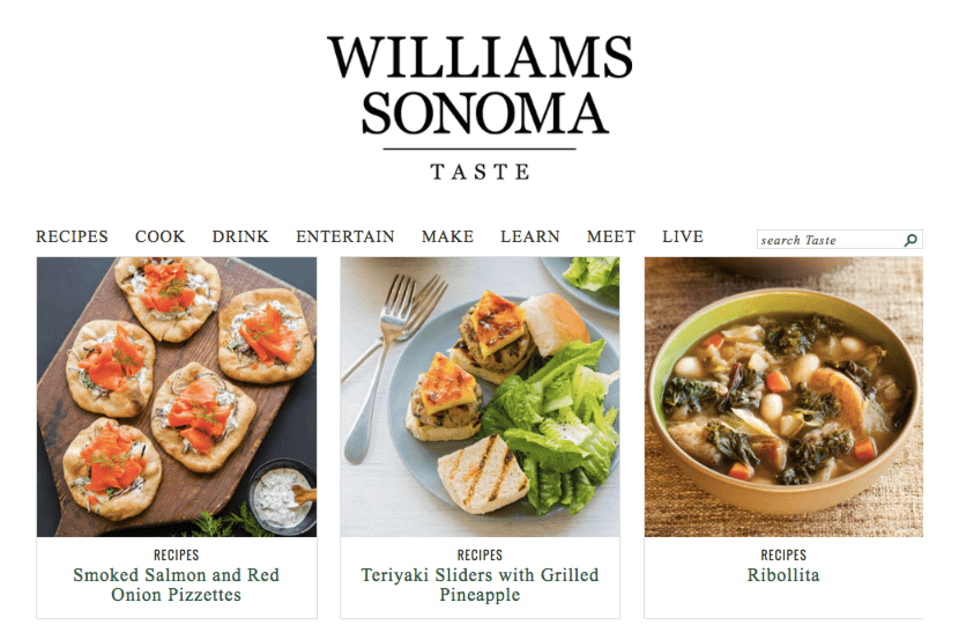 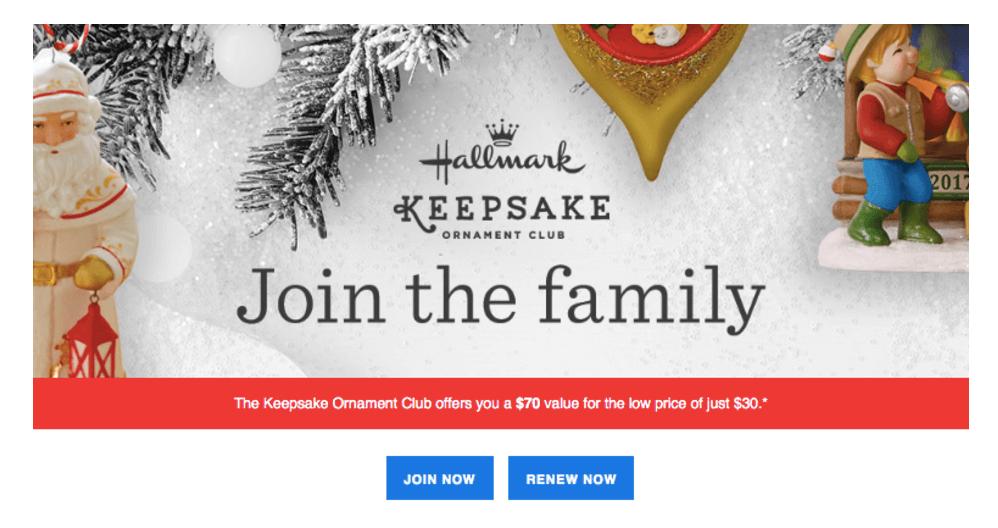 “Communities work because people want to feel loved and understood by others,” says Eyal.

“There’s a myth that you can make a good product, and that will be enough.” — Nir Eyal Click To Tweet

Some of the best product developers don’t think carefully enough about the psychology of the users they want to serve. “Companies mess this up all the time,” says Eyal.

“I’ve seen a prominent tech founder start a second company, but make the mistake of not understanding the importance of frequency and habit-formation,” he says. “They made a great product, but if a product doesn’t form a habit, it’s going to be forgotten.”

When it comes to building products that outlast their creators, it’s essential to bake in habit formation.

When it comes to building and marketing mobile apps, there’s more than a lot to think about.

However, if you just focus on how to obtain users, rather than how to retain them once they sign up, you’ll be facing an uphill battle that you’re unlikely to win.

According to Nir Eyal, your best course of action is to build apps that form habits.

These apps are ones that users turn to every day.

No matter what, they can’t put them down.

More about Nir Eyal and Hooked

Nir Eyal is the bestselling author of Hooked: How to Build Habit-Forming Products and taught at the Stanford Graduate School of Business and Design School. He’s sold two technology companies since 2003 and now helps teams design more engaging products. As an active angel investor, Eyal backs habit-forming products that he believes improve lives. Some of his past investments include Eventbrite, Product Hunt, Refresh.io (acquired by LinkedIn), Worklife (acquired by Cisco), Marco Polo, Presence Learning, 7 Cups, Pana, Kahoot!, and Symphony Commerce.

If you want to learn more about The Hooked Model, I suggest you pick up the book or check out his talk on building habit forming products below…