Since 2011, they’ve revolutionized the fine jewelry and lifestyle industry with a focus on quality and customer experience. Housing more than 5,000 designs to choose from, they’ve built a large and loyal audience both in India and abroad.

They are even expanding across India with plans to open over 100 brick-and-mortar stores in the next two years.

BlueStone started off purely as an online business, however, they’ve taken an omnichannel approach to expand their business. They have built 12 physical stores in the last 1.5 years, and have also initiated the Gold Mine loyalty program, which allows customers to pay in installments, considering the high costs involved in purchasing jewelry. However, there were a few challenges they wanted to overcome.

The CleverTap solution, built on the AWS infrastructure, can process hundreds of million data points in a sub-second. It helps BlueStone leverage data from all its sources – in-store as well as online to get a single view of each customer and engage users across channels. With automated segmentation capabilities, BlueStone is able to tailor the user experience, and continuously optimize their campaigns across channels to maximize engagement and key conversion rates.

Unique customer journeys are now being created on various segmentation parameters like user pin codes, past behavior, and more. This enables BlueStone to engage users both offline and online.

With CleverTap, BlueStone executes omnichannel retargeting campaigns for users who have either shown interest online or who have paid a visit to one of their brick-and-mortar stores.

With product recommendations that adapt based on customer purchase behavior, buying patterns, and usage trends, they are able to win back abandoned carts and disengaged users, thereby improving conversion rates. Apart from moving the needle on cross-sell and up-sell opportunities, this has also increased the average revenue per user. 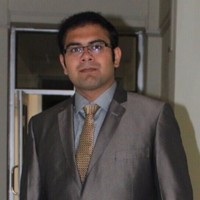 “CleverTap is extremely easy to use – just 2-3 clicks and you’re done. It is a complete tool for anyone focused on growth – you get a better and more granular view of your data along with a simpler way to create product recommendations than some of the other tools in the market.” Saurabh Raina Product Manager, BlueStone

Online + offline is the need of the hour and BlueStone is witnessing immense growth with its omnichannel approach.

Their investment in click-and-mortar are already paying off – with a strengthened brand presence and reduced conversion timelines. As they continue to work towards the goal of becoming the industry-leading jewelry brand, CleverTap will continue to support them in overcoming all marketing and growth-related challenges.

Loved it? Get this in your inbox.